This Bose® 901 Series I Active Equalizer came through the shop recently for an overhaul. It’s nearly 50 years old and the owner reported it had one channel beginning to drop out intermittently. A previous service a few years back replaced a few components, but age caught up with the rest and the only sure-fire fix at this point is a rebuild. 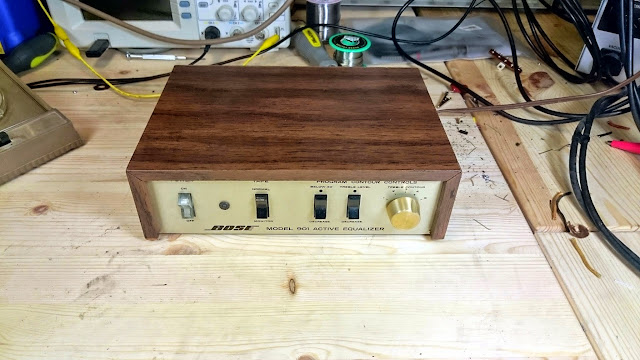 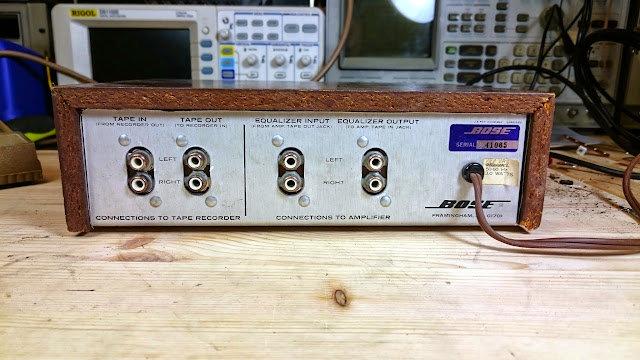 This equalizer was originally purchased in Europe, but was converted to 120V operation at some point, with a correct U.S. plug installed and the voltage conversion components already removed. 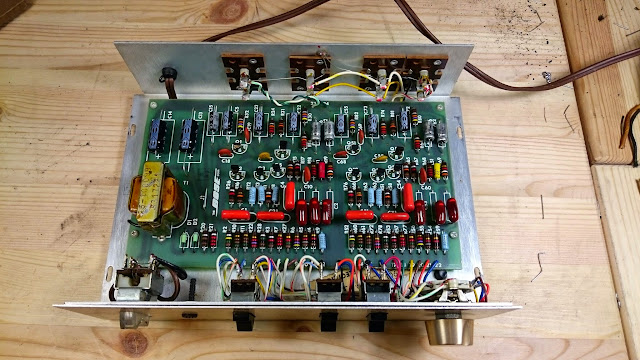 Most electrolytic capacitors had been replaced, but there were still a few which were original. The original resistors, and unreliable paper-mylar film capacitors, were all in place. 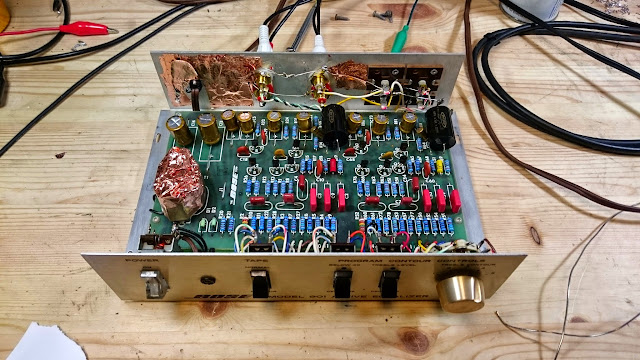 This particular one got some upgraded shielding around the power transformer and rear entry, and a new set of gold-plated RCA jacks on the main loop, along with the full overhaul of components and upgraded ERSE PulseX film capacitors for the output. These upgraded caps offer excellent transient response and  virtually no dissipation factor, which further improves the already legendary Bose sound. 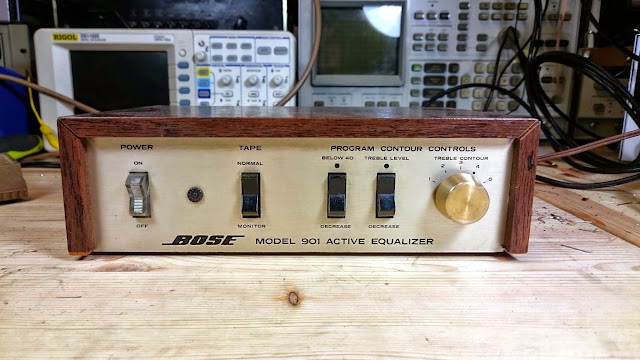 Is your Bose® Active Equalizer not sounding like it should? Rain City Audio can help!

This entry was posted in Audio, Bose, Hi-Fi, Projects, Vintage and tagged Active Equalizer, Bose, series I. Bookmark the permalink.