Bose 901 Series III Active Equalizers are uncommon compared with the other series, but I did have one through the shop just recently. The Series III design – while a great performer when in good condition – was susceptible to reliability problems with the somewhat more complex circuit design. The Series III was the last generation Active Equalizer to use discrete transistors; while functionally interchangeable, the later Series IV used op-amp chips. 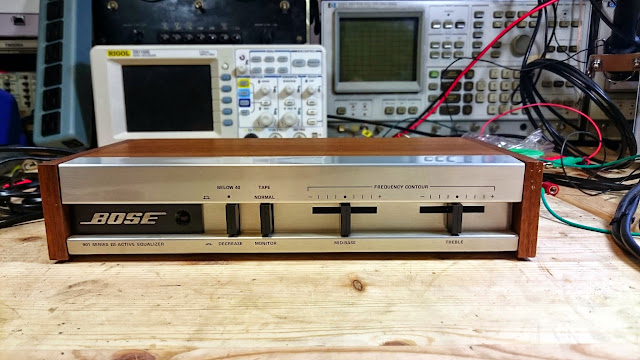 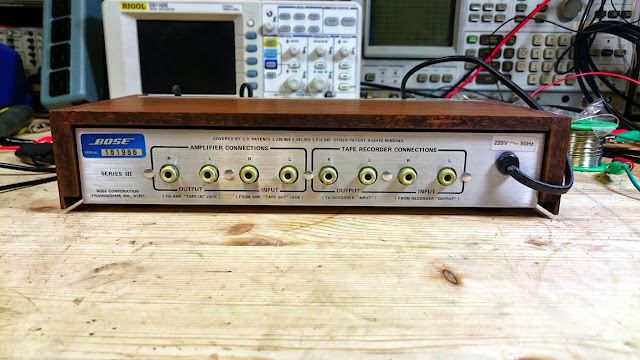 This one originally came from Europe and was fitted with a 220V plug. Voltage conversions aren’t generally possible with later series, but the Series I, II and III were easily convertible by just removing a couple of parts and changing the plug end. 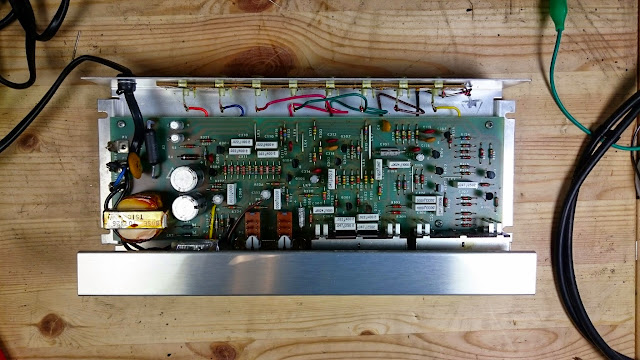 Starting with the Series III, Bose used high quality resistors which don’t drift, and good film capacitors – but like most other electronics, it’s the electrolytics which cause the problems. In this case, the owner also requested an upgrade to audiophile-quality film output capacitors. 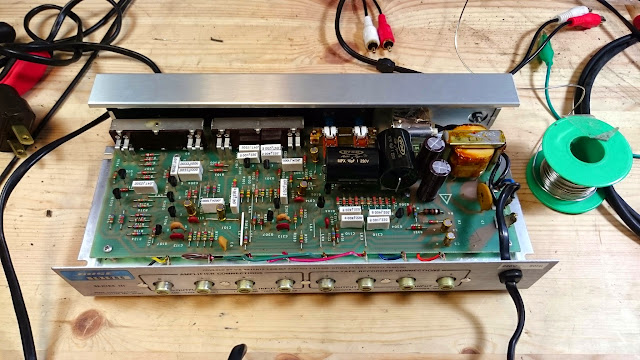 This equalizer got a full set of new Nichicon capacitors, including Nichicon Fine Gold capacitors in the signal path, and top of the line ERSE PulseX film capacitors with excellent transient response and a vanishingly low dissipation factor for the best clarity possible in the output signal path. 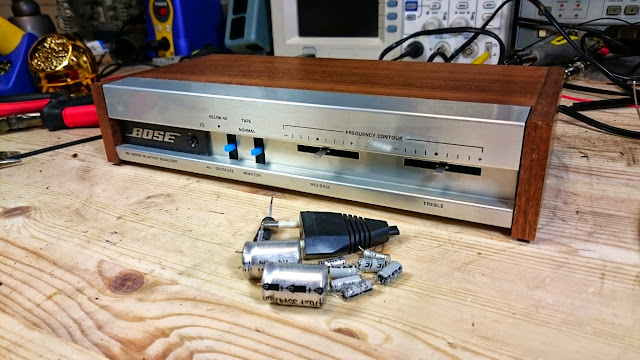 That’s a few parts pulled out! The new replacements are all up-rated and will provide many years of reliable service to come.