Another Bose® 901 Series IV Active Equalizer came through the shop recently. It’s owner shipped it in without the wooden cover for security. This is a bad idea on the Series I/II, but for the III and later which have a rigid metal shell it’s a fine way to ensure the wood case isn’t damaged. 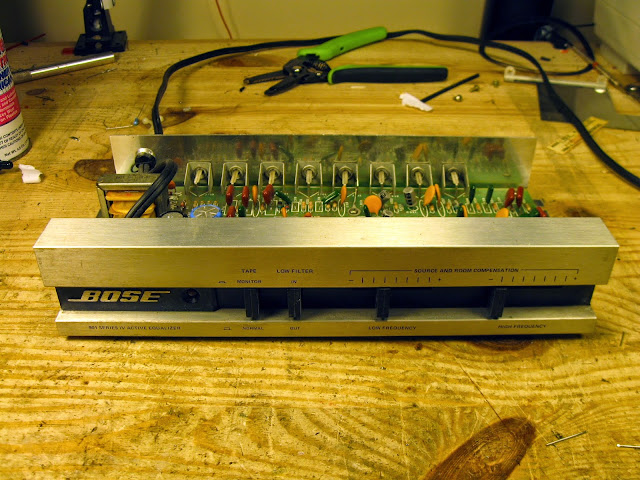 This one was sounding muddy and distorted, and it was time for an overhaul to keep it sounding like new. It has plenty of original electrolytic capacitors, along with old style vintage op-amp chips.  The bridge rectifier is also made up of discrete diodes in this model; later used an integrated bridge package. 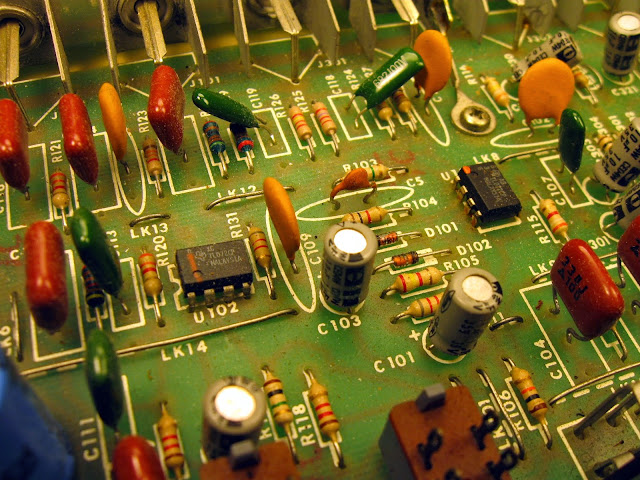 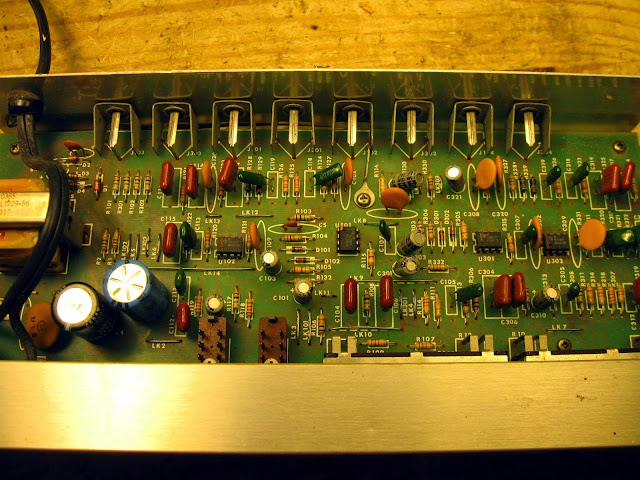 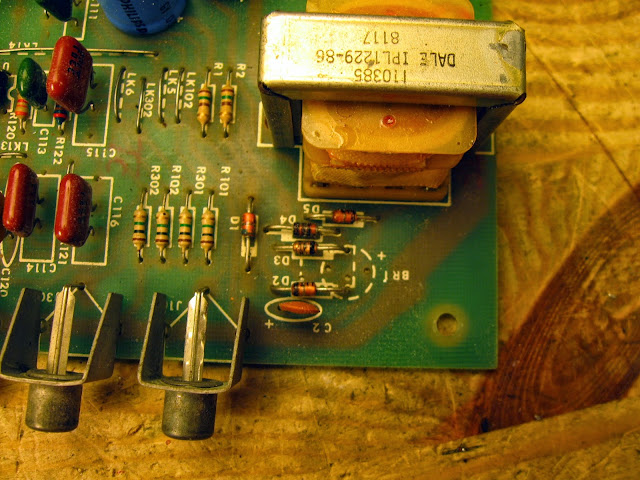 Interestingly, this is an earlier board revision with U101 in a different orientation than on later boards. It also shows evidence of having been replaced before – the stock filter capacitors were both 470 uF units; at some point in the past they’d been replaced with a 330 uF and a 1000 uF. 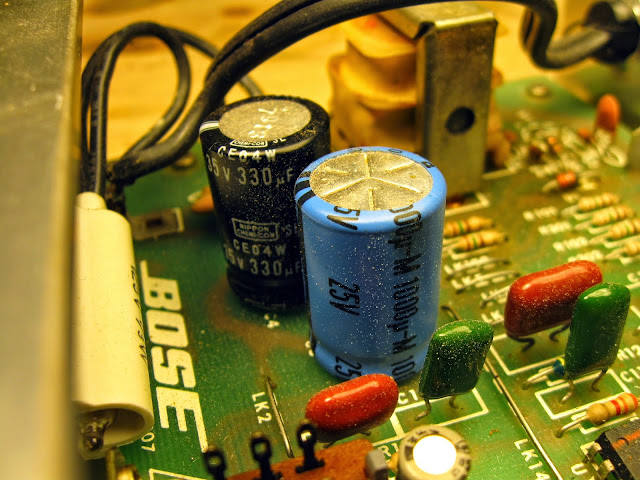 The op-amps had been replaced once before as well. This was a common factory repair on the earliest Series IV models, the chips occasionally suffered reliability problems. I doubt these were repaired by the factory, though, as Bose® factory service back in the day would never have used the wrong parts and damaged the PCB this much while soldering. 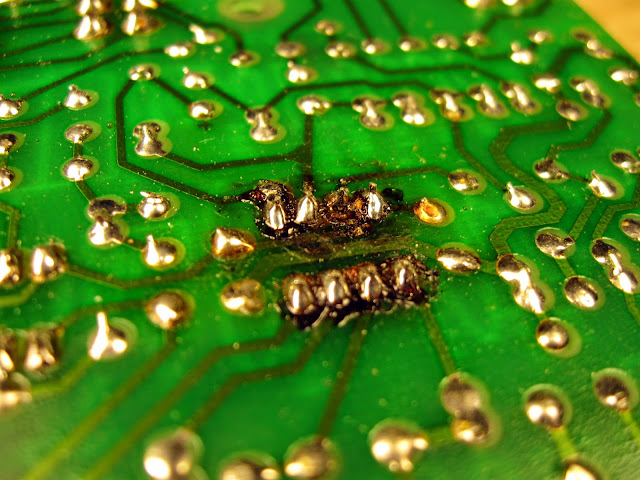 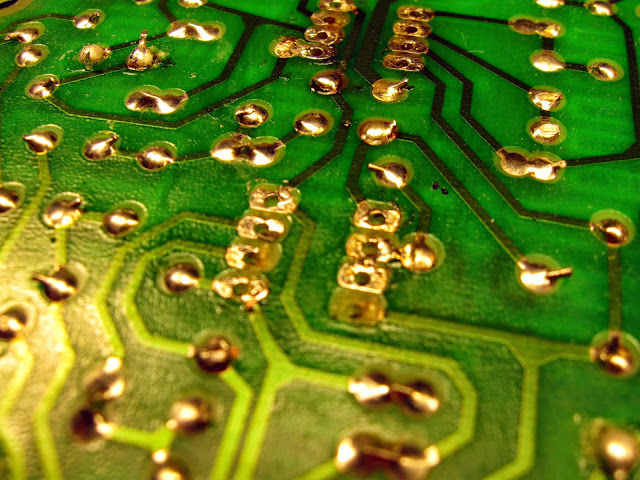 Pads were badly damaged, but I was able to repair them to make a good physical and electrical connection with the new chips. 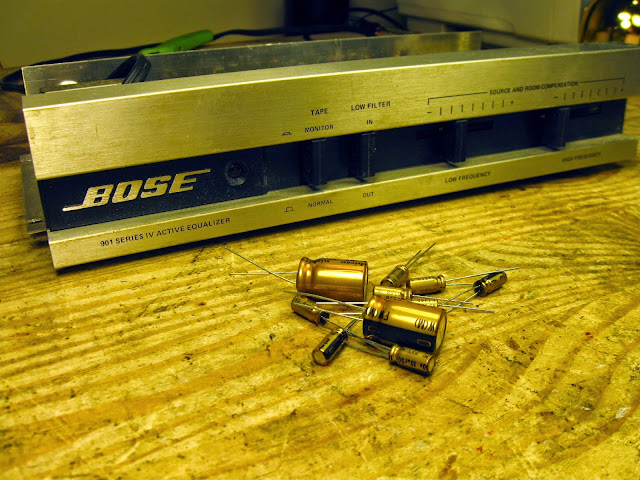 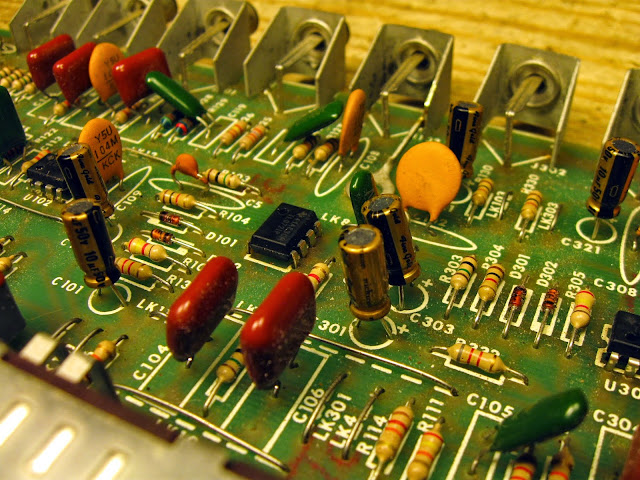 With new electrolytic capacitors, new op-amp chips, and repaired traces on the bottom of the board this equalizer is back up to full performance and it should stay that way for a long time to come.