Bose® 901 Series IV equalizers are coming through the shop more regularly in the past year. It’s expected as these are definitely getting up there in years. This one was sounding muddy and not like it used to, so it came in for a full overhaul. 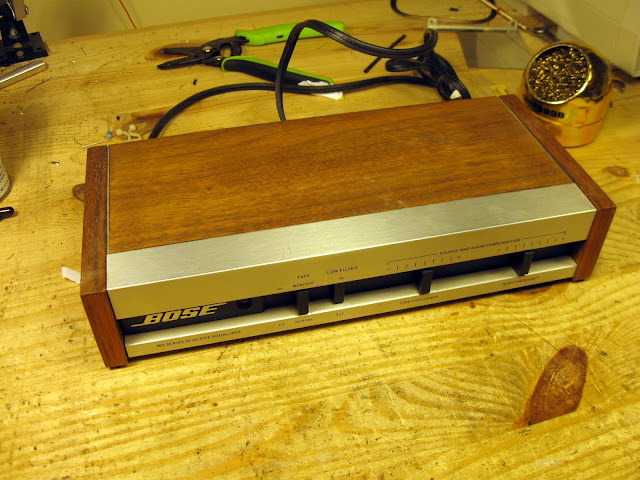 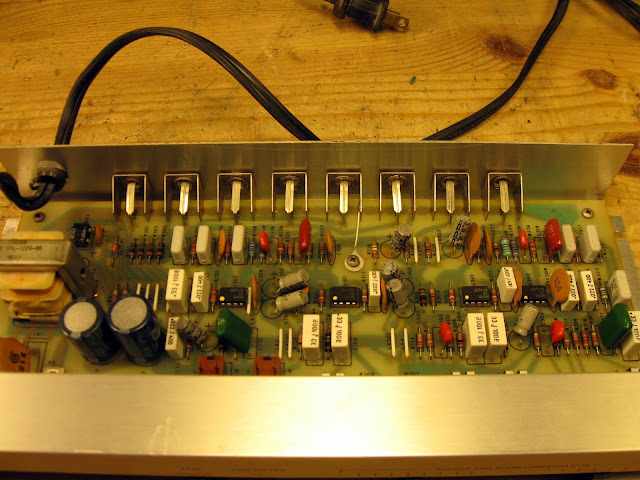 Manufacturing technology has reached the point by the Series IV that most of the film capacitors are reliable and don’t need to be replaced, but there are plenty of electrolytic capacitors, plus the original op-amps get noisy over the years and should be replaced as a matter of course. 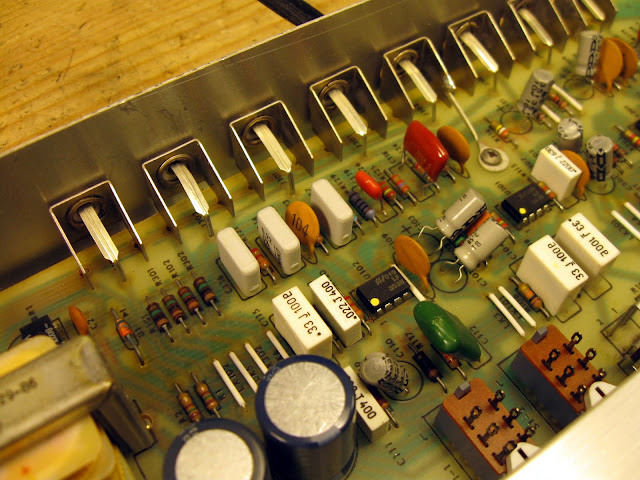 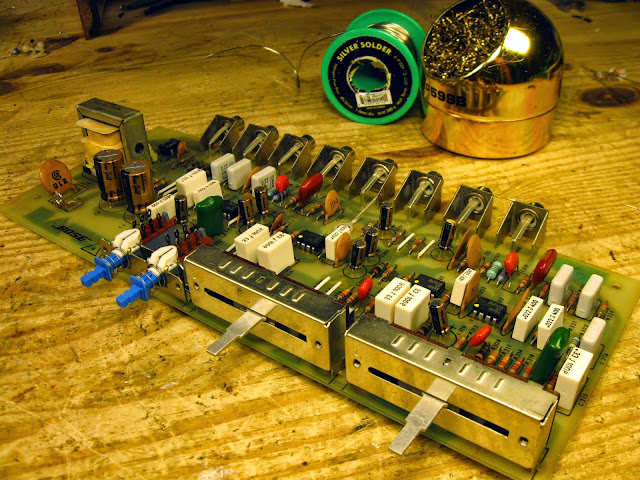 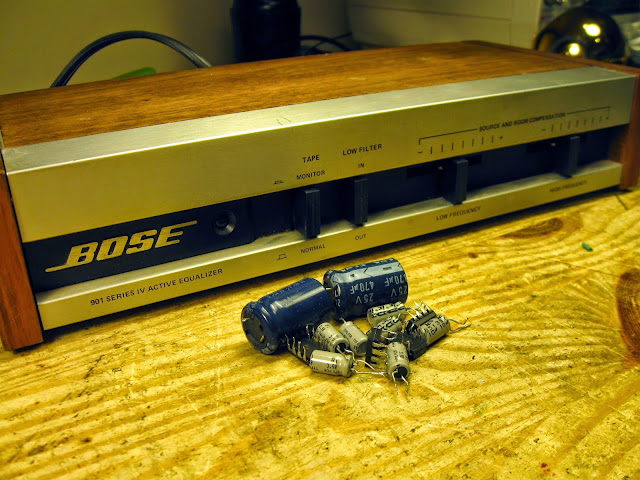