German radios like this one are a lot more difficult to work on than most American and Canadian radios, and they’re a lot less common, but they do turn up once in a while. This Grundig 8080 is a great example of top-quality post-war German engineering and features a push-pull LE84 output stage, AM, FM and two Shortwave bands, input and output to a tape recorder and a phono input connection. 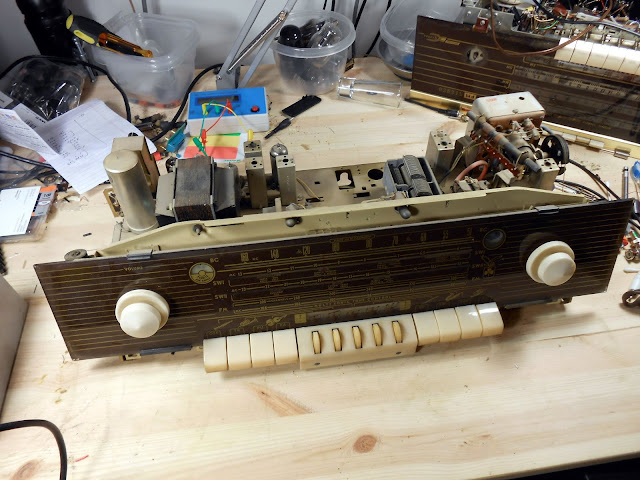 There’s a beautiful slide-rule dial and a 5-band tone control, too. The glass, knobs, switches and dials were all intact. The “piano key” switches on these are often pretty fragile, but these were all in good shape. Fortunately! 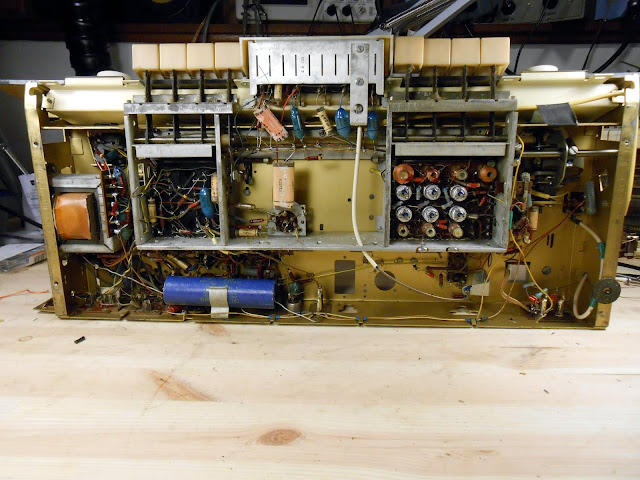 Underneath, it’s mostly original but has been serviced once in the past, probably in the early ’60s. 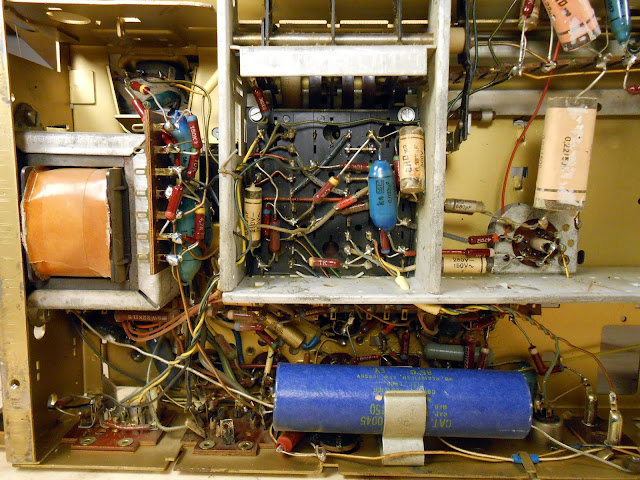 It’s densely built in layers like the Germans enjoyed doing. Fantastic performance, but a nightmare to service most of the time. 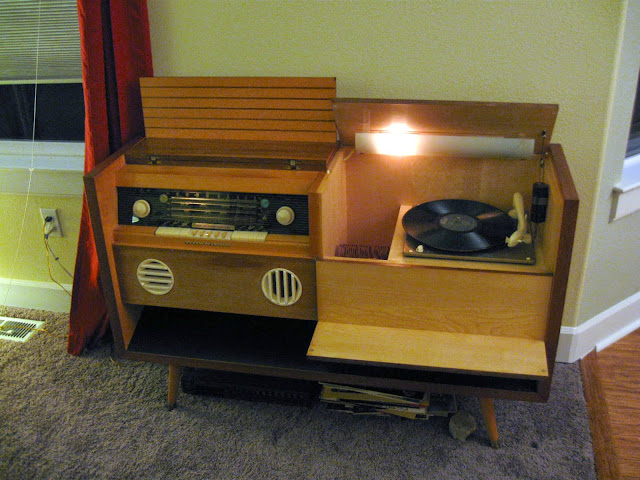 All the capacitors were replaced, along with a couple of tubes, and when installed back in the cabinet it fired right up with fantastic clarity and tone. The original record player worked without any service, too! There’s a large woofer in a ported chamber, and an array of cone and electrostatic planar tweeters installed in front- and downward-facing configurations to project a wide sound field. The FM ended up not being able to be brought back to life on this particular radio due to some damaged coils, but the owner doesn’t plan to use it for FM radio anyway, so no harm done. They’ll use an external tuner and the TR input for the few occasions they do need FM.