I recently had this Sony TA-4650 in the shop for a check-up. It was reportedly giving static in one channel. That’s trouble on an amp like this – Sony used an ambitious new technology, the VFET, a new design of vertically oriented FET final amplifier. These were known as having very low output impedance and low distortion. The TA-4650 puts out 30W/channel into an 8 ohm load and is specified for < 0.05% THD. 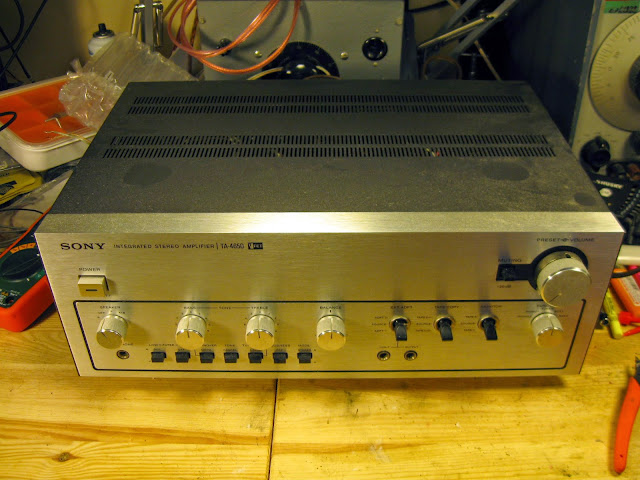 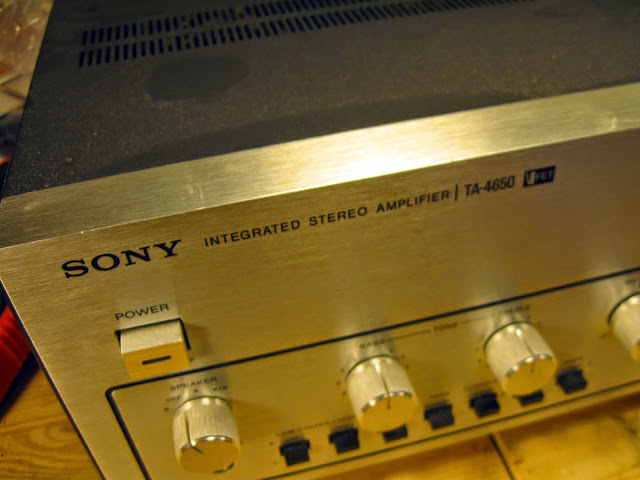 I did some initial checks with the oscilloscope, signal generator and distortion analyzer and wasn’t able to reproduce the static issue; it sounded crisp and clean and I didn’t notice anything out of the ordinary monitoring the signal path with the scope. 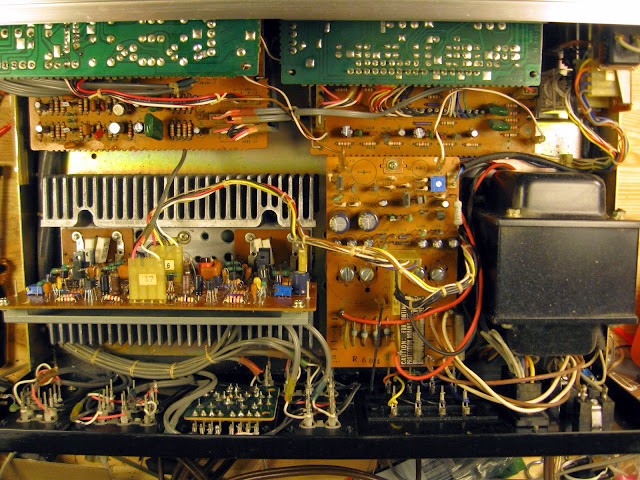 It’s a pretty easy to service design, but fortunately, none of the boards really needed to come out. Some of the controls were a bit scratchy, though, and the pushbuttons made nasty pops when pressed – one even tripped the speaker protection relays. Definitely time for a thorough cleaning with control cleaner, solvent and lubricant. The pushbutton ganged switches, volume and balance controls are all open frame and can get grimy; the treble and bass controls are sealed and can’t get clogged up. 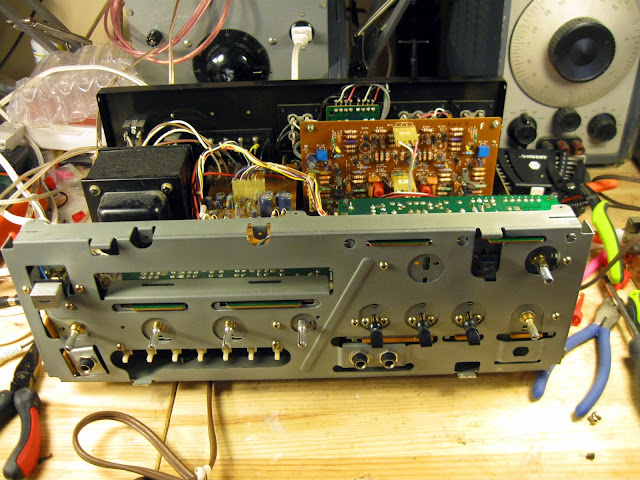 Afterwards, all functions operated without any nasty pops on any control. I tweaked the power supply reference voltage and the bias on both channels: 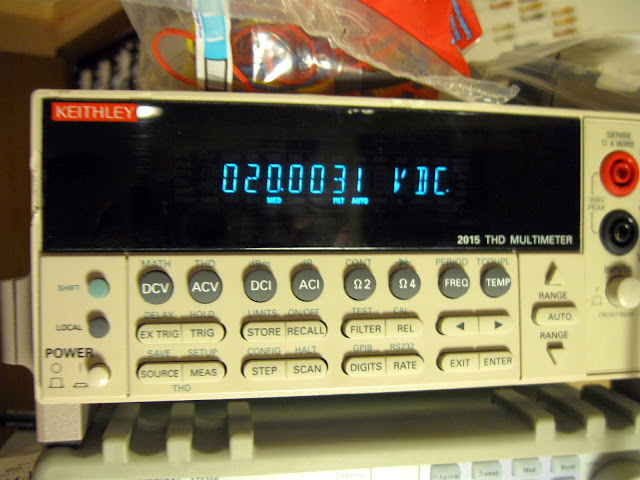 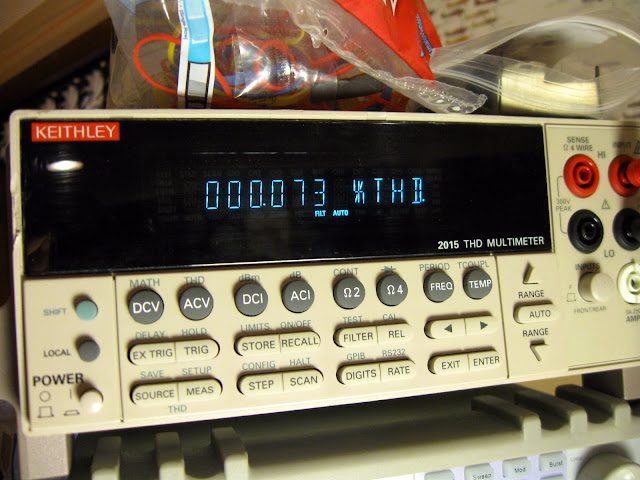 THD was a little out of spec on one channel, but still < 0.15% at rated power – among the best rated amplifiers of the day even still. The other channel measured 0.073% THD at rated power but I’m getting close to the noise floor of my test setup. The meter can measure down to 0.0045% THD, but the internal reference – while very good – still contains 0.063%. THD. This amplifier passes a listening test on my personal K-Horns, too, and is ready to go home. 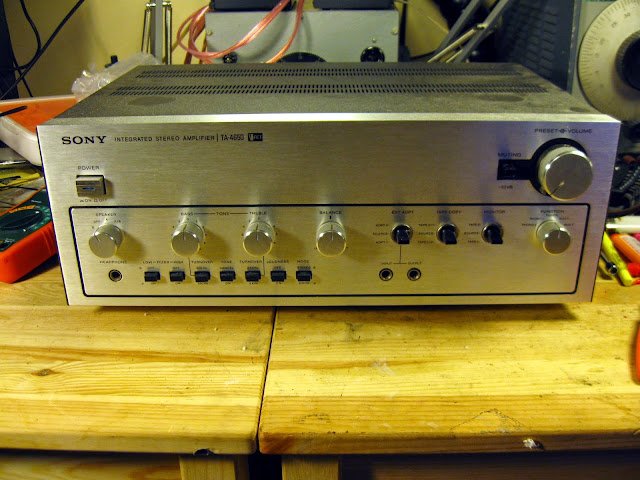