I recently had the opportunity to work on another Bose 901 Active Equalizer, Series II. This particular model had been in service for a long time in active use and was showing its age. It was sent back to Bose for factory service twice according to its owner, with each repair only lasting a short time before something else started acting up. I can understand that the Bose factory service may not have been up to date on these oldest equalizers anymore, and not known how to service them to their full potential – that’s where independent service providers like Rain City Audio come in. 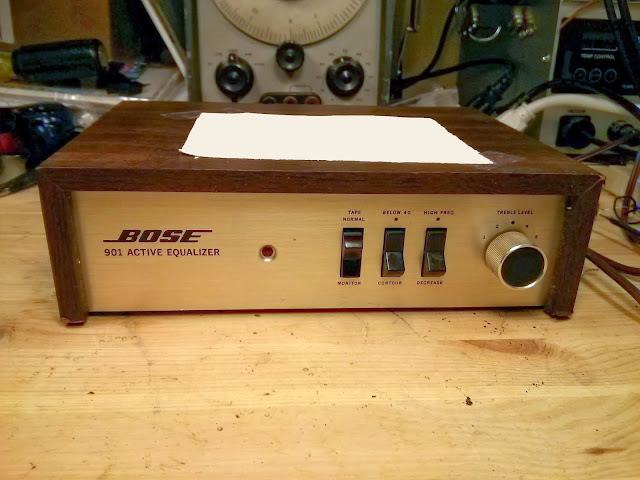 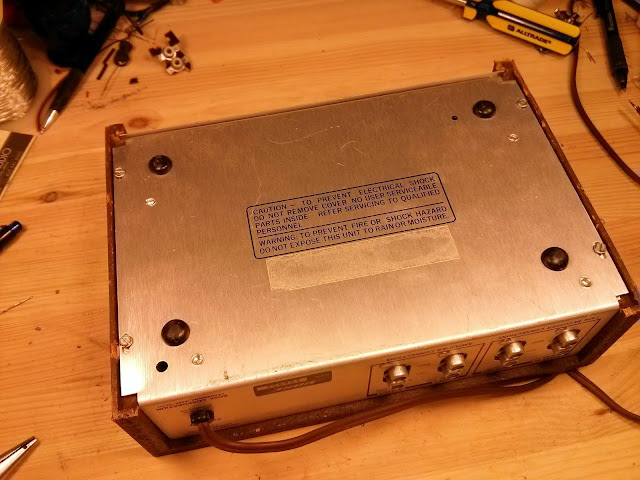 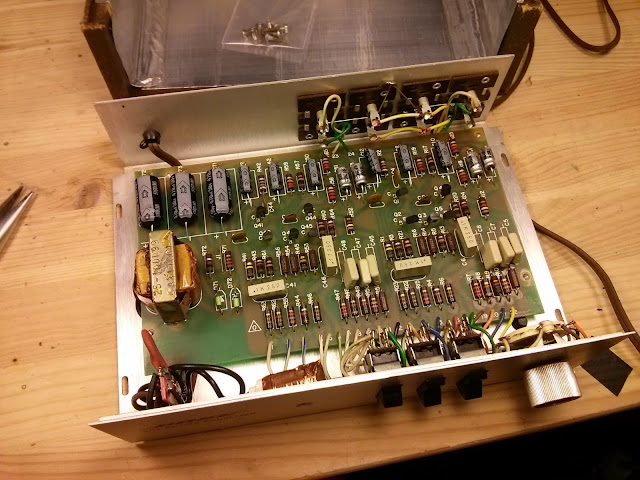 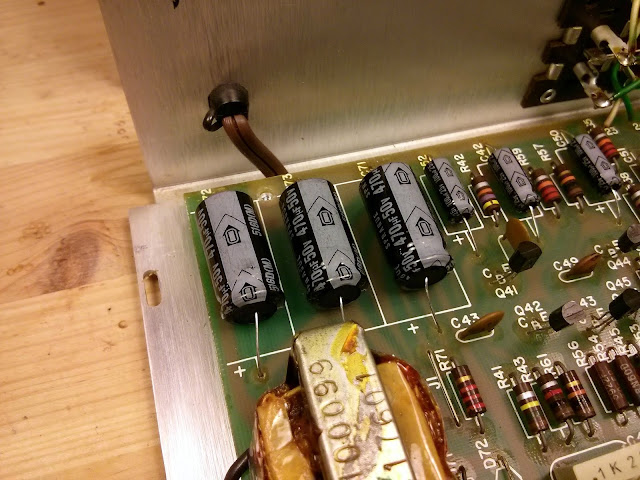 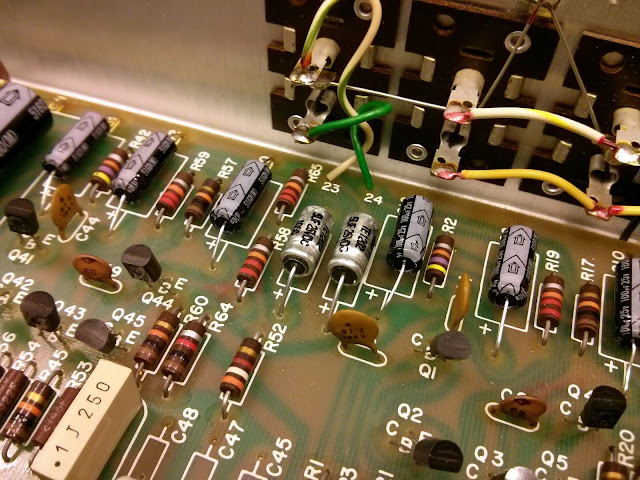 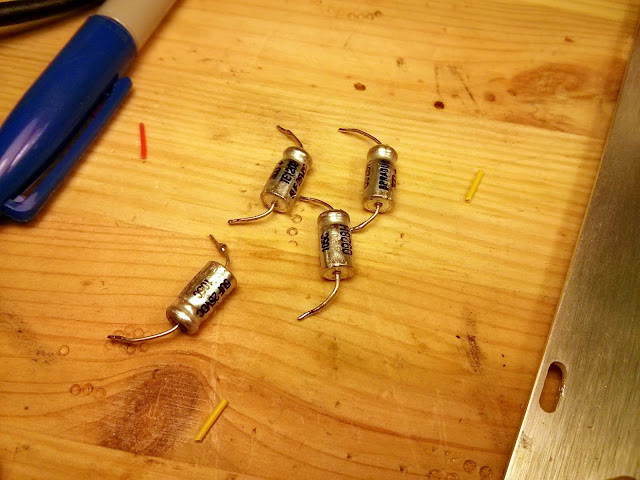 I replaced  the failed output capacitors, and also replaced the original film capacitors (which frequently have degraded by now, causing distortion) along with the carbon resistors which had drifted passed their marked tolerances and were no longer performing properly. 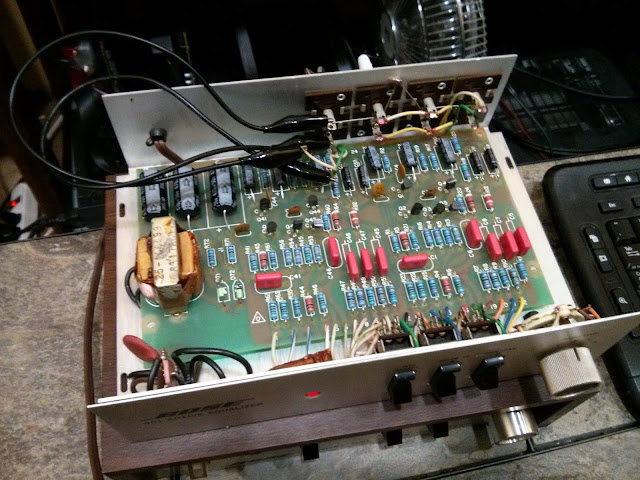 The repaired equalizer fired right up and sounded absolutely fantastic! Here we are testing with clip leads on the output before soldering it back together for its journey home. 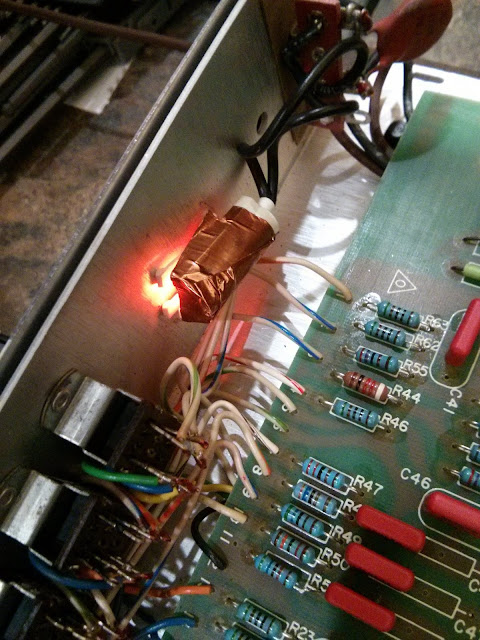 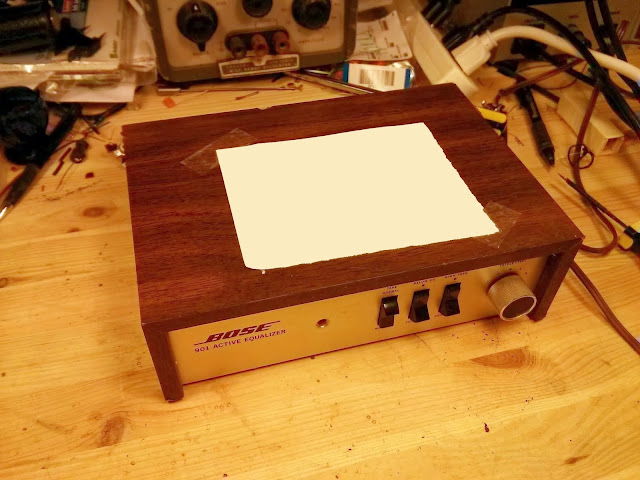 With all of the passive components replaced in this equalizer, it’s going to continue to perform very well for many years before it needs to be rebuilt again!

If your Bose 901 Active Equalizer isn’t working like it should, I can fix it.