Once in a rare while I’ll run across an old Bose Active Equalizer that I buy for myself, but they never last too long – I get a lot of requests to purchase a complete Bose 901 Series I equalizer to go with a set of speakers which long since lost the matching controller. I did just recently have one in stock and it went quickly; once they’re purchased I repair them on demand before sending them along. 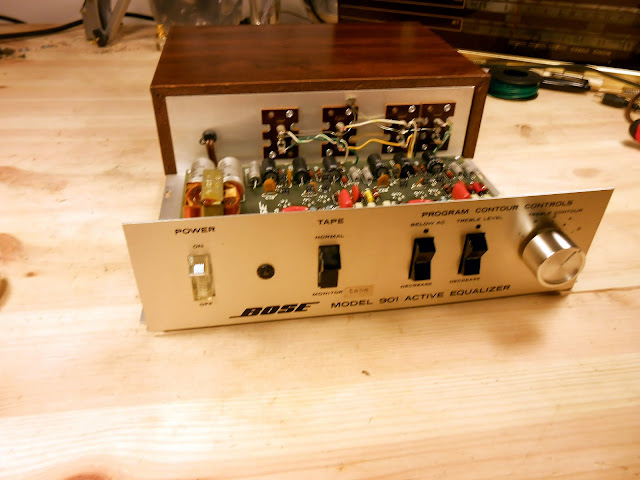 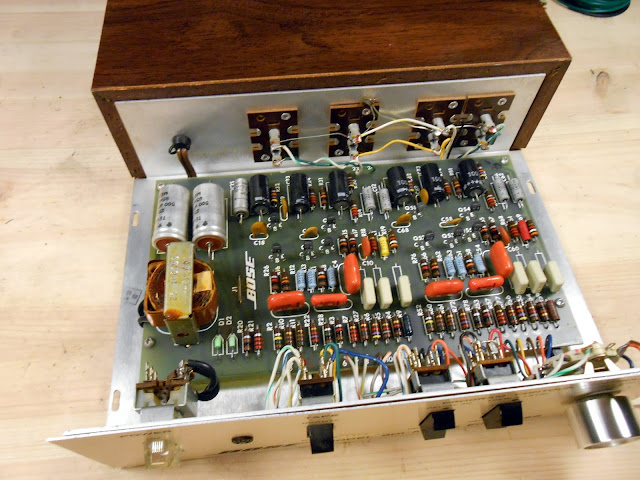 This one’s all original as far as I can see. It was reported to have a dead channel when I purchased it, and the resistors had certainly drifted out of their tolerances with age. The case was in decent shape for being 40+ years old, too, although the light doesn’t quite catch it all very well. 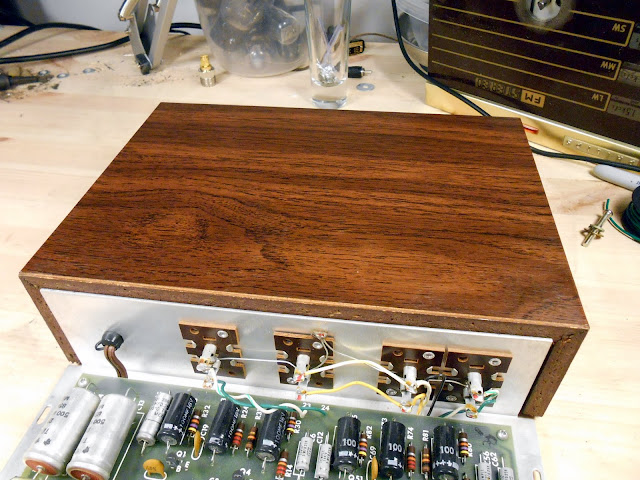 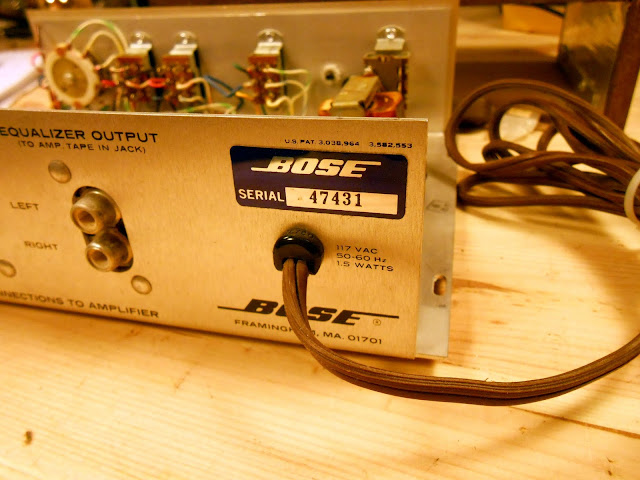 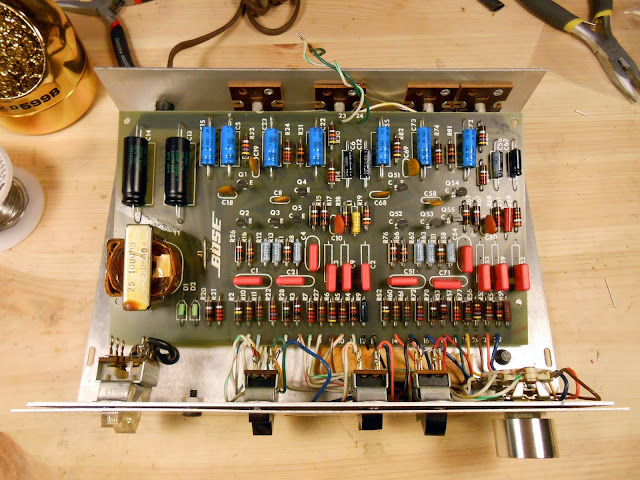 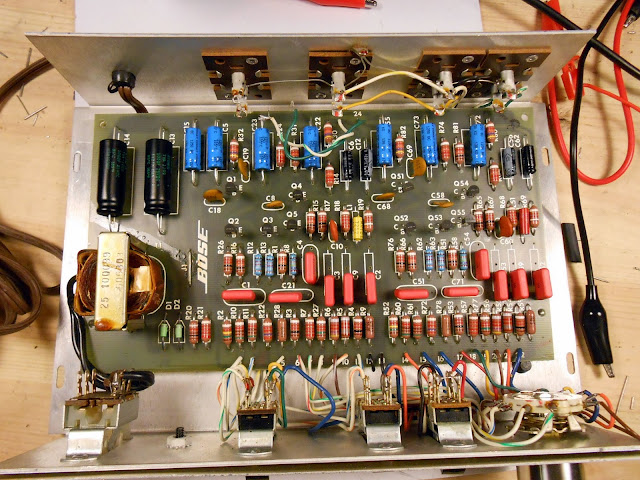 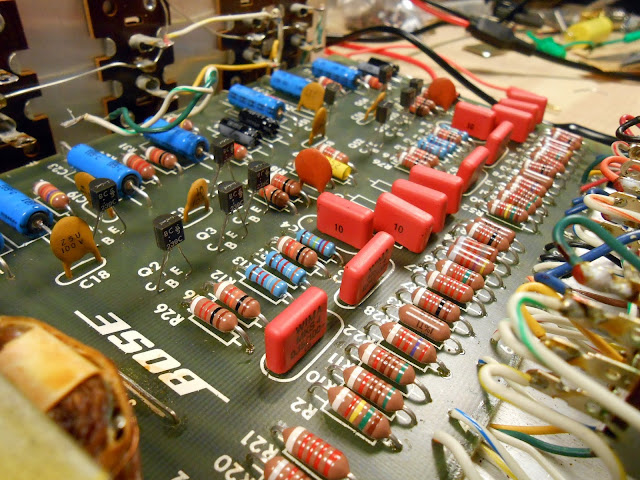 Some Bose 901 Series I and Series II equalizers used BC239C-labeled transistors, others used 2N5088s. They’re nearly identical – indeed, the rest of the circuit is identical – but they have a slightly different gain spec. Practically, this just translates into a slight difference in the volume control on your receiver – the generated curve is the same and both are identically factory specification compliant. When I need to replace transistors, I use all 2N5088s – but in this case, all transistors were good, so no replacement necessary! The neon bulb was flickering, though, so I replaced it with a brand new NE-2A and current limiting resistor. Then, a good solid control cleaning so all the switches moved freely and made good contact. 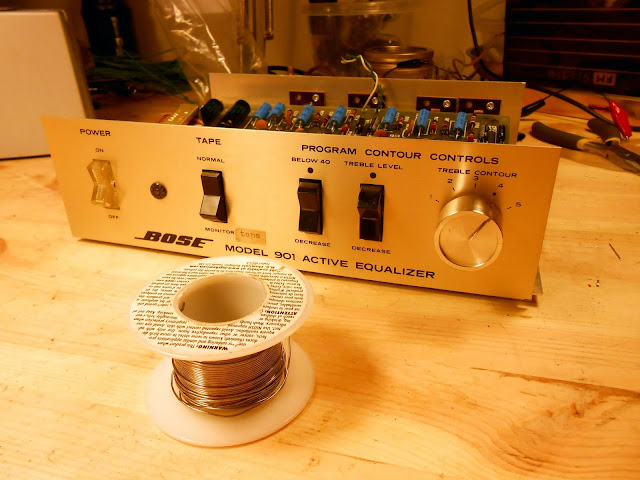 This one went to its permanent home next week where it should perform for many years to come! With precision metal foil resistors and new electrolytic and film capacitors, not to mention the very light duty cycle experienced by the equalizer (which draws only 1.5W total power consumption), mean it will be a long time until this needs service again.

I can repair your Bose 901 Series I, Series II, Series III or Series IV Active Equalizer for a low flat-rate with some optional upgrades. Most every one of the Series I equalizers needs to be reconditioned at this point. The majority of Series II do as well, and even the later series are coming up with defective capacitors and op-amps more regularly.