I recently had another Bose 901 Series I equalizer on my bench for repair. It was in for the standard service, all resistors and film/electrolytic capacitors included and evaluation of the transistors and other components for replacement as necessary. 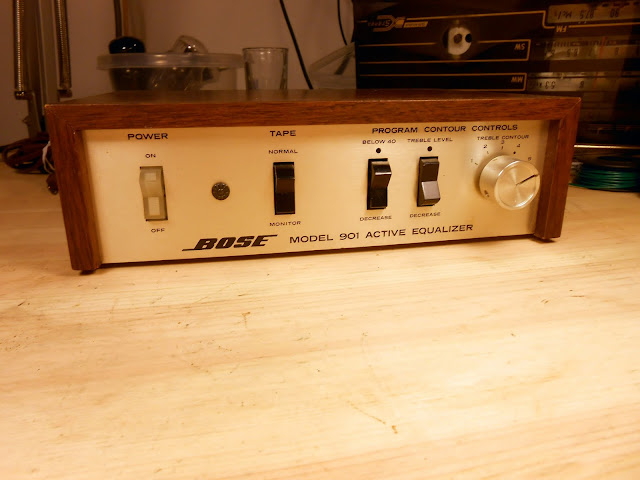 This one is in pretty decent physical shape for its age. 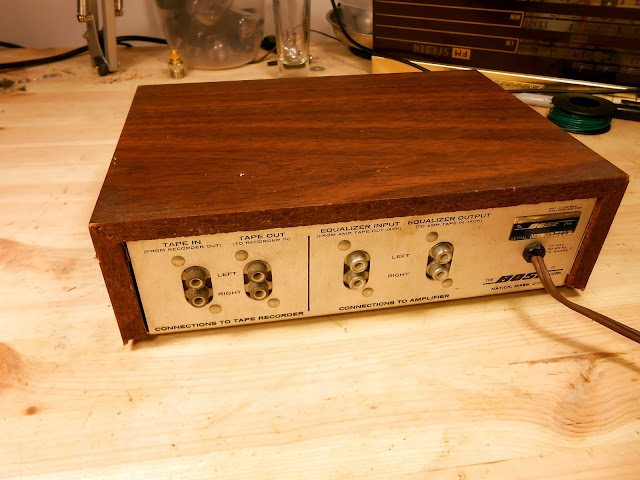 This equalizer’s owner reports it has never been previously serviced, so Bose must have mixed capacitors from two different parts buys together in this one; typically the filter capacitors are all the same model. It’s not a functional problem, though, and it obviously worked this way for many years! 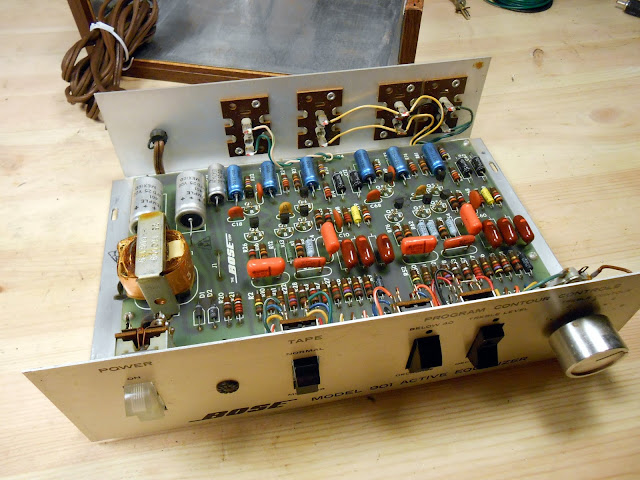 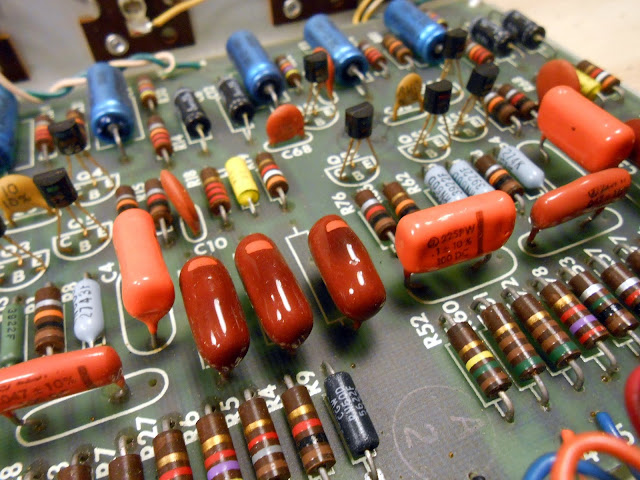 The old carbon composition resistors had badly drifted and were throwing off the curves produced by the equalizer, further adding to the distortion introduced by bad capacitors. This one, 47K 10%, has drifted by over 32% – well exceeding its tolerance. 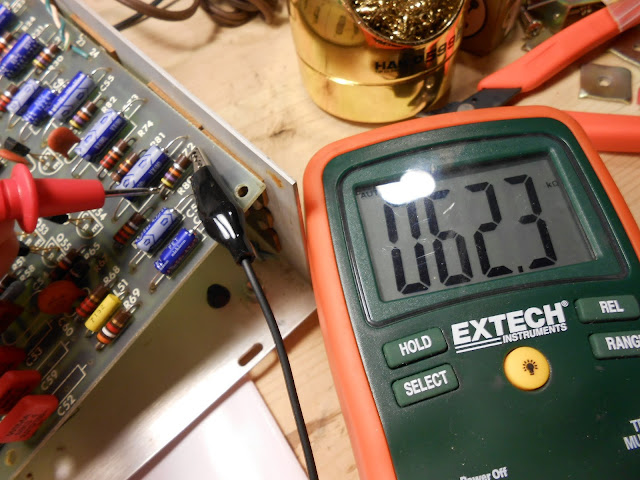 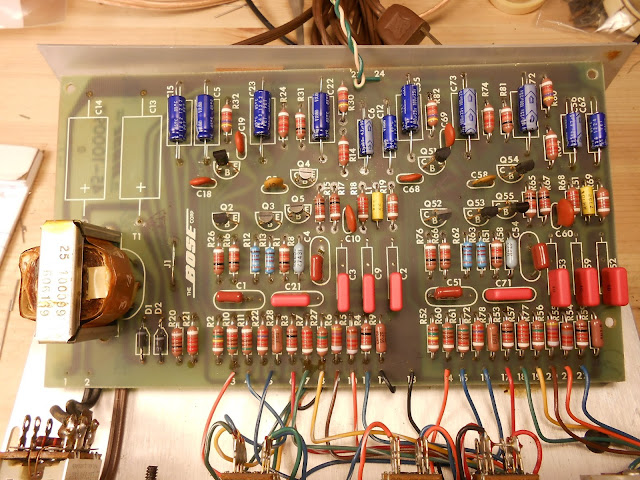 I finally replaced the mail filter capacitors and boxed it back up after burn-in testing. I cleaned the switches, which were quite crackly and didn’t make good contact, and now they work nearly good as new. This equalizer is heading back to its owner where it will serve for many years to come. I just love the wide sound produced by the Bose 901 speakers, especially the early series. If you haven’t heard them, I’d encourage you to give it a try! 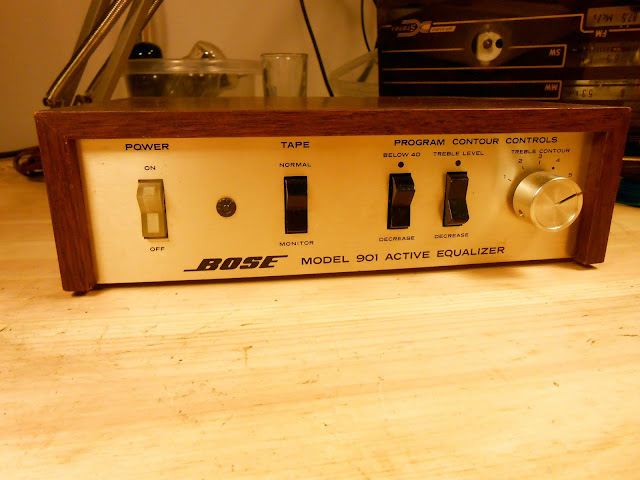