Repairs have moved! To have your own equalizer repaired, visit Rain City Audio. It’s now a self-service process!

I generally write about the 901 Series I equalizers which come into my shop for repair. That’s natural – the Series I is the oldest, and as such, its components are most likely to have failed. Series II, III and IV are all getting up to that age, though, with a tapering failure rate as you head towards newer technology. The Bose 901 Series I and 901 Series II Active Equalizers are substantially similar: in fact they can even be interchangeably used with either Series I or II speaker sets, as both models use the same curves. The main changes are some modifications to the power supply, and an improved equalizer network which eliminates the 22mH inductors in favor of some different resistors. With a few years advances in electrical engineering, Bose was able to slightly reduce the parts count. 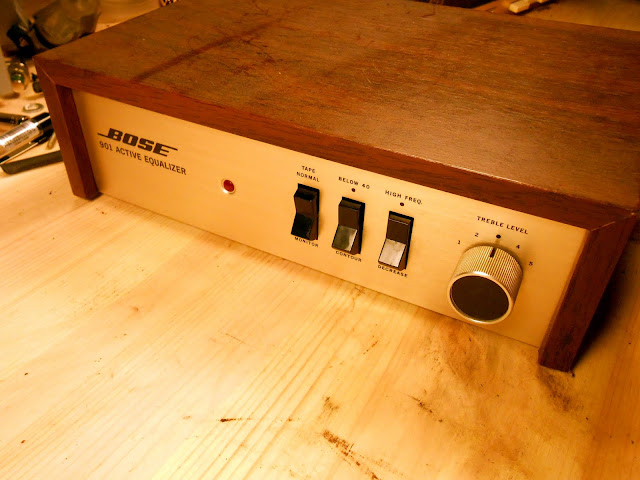 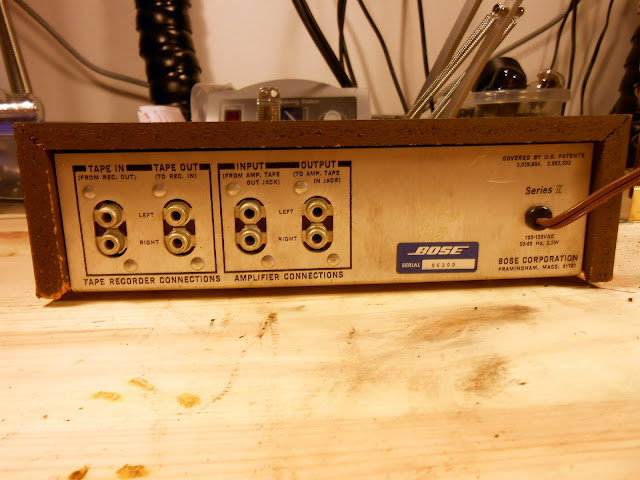 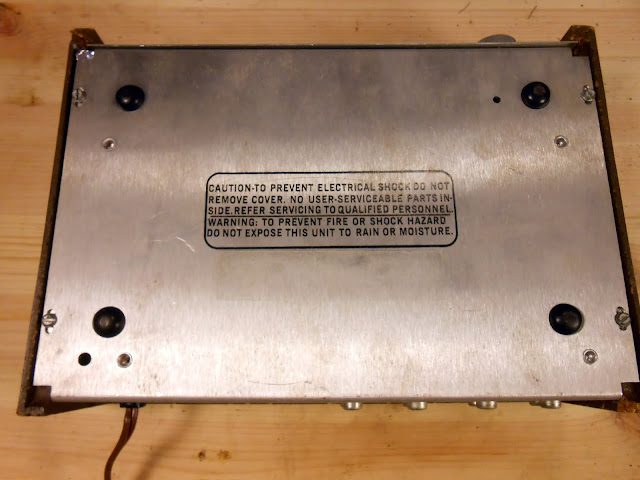 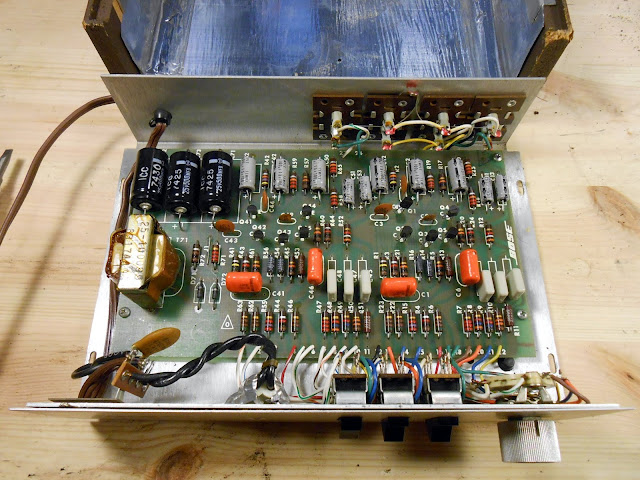 Some differences should be immediately obvious. One of the 100 uF capacitors has been replaced with a 500 uF capacitor; there are two fewer signal capacitors, no inductors, a prominent ceramic cap across the AC input for additional noise elimination, shielding around the transformer and neon bulb, and the notable lack of a power switch. The Bose 901 Series II equalizer is designed to be connected to the switched outlet of your hi-fi stereo receiver or amplifier and have its power controlled from the single switch.

Otherwise, it uses similar carbon composition resistors which drift with age and conditions. In this case, about a quarter of the resistors I tested were exceeding their marked tolerance. Many repair services for the Bose 901 Series I and Series II equalizer only focus on capacitor replacement (or even worse, only on electrolytic capacitor replacement) and leave resistors outside their tolerances alone, which can change the curve applied by the equalizer and result in sub-optimal performance. 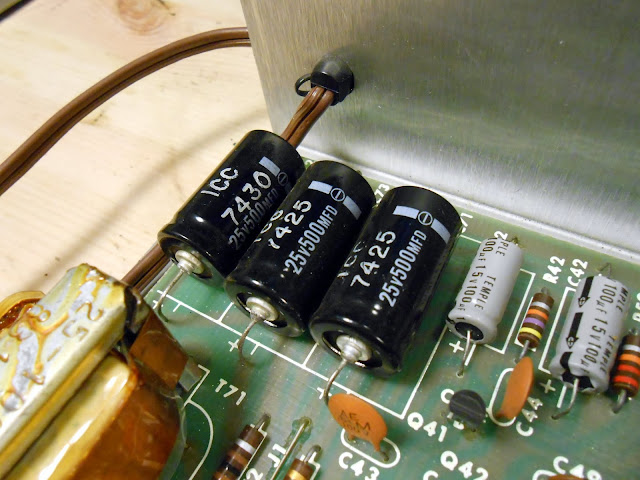 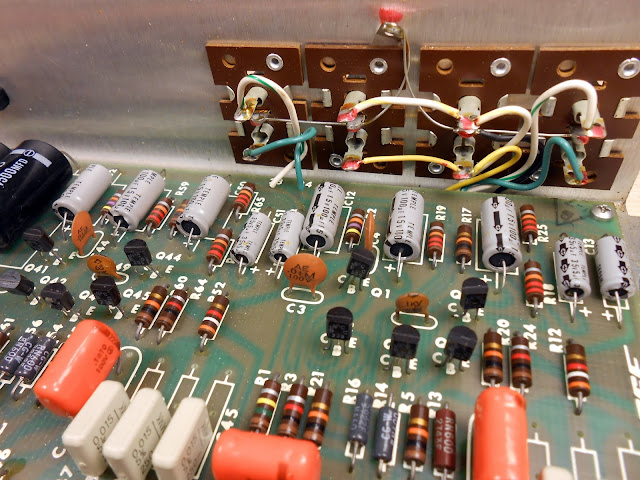 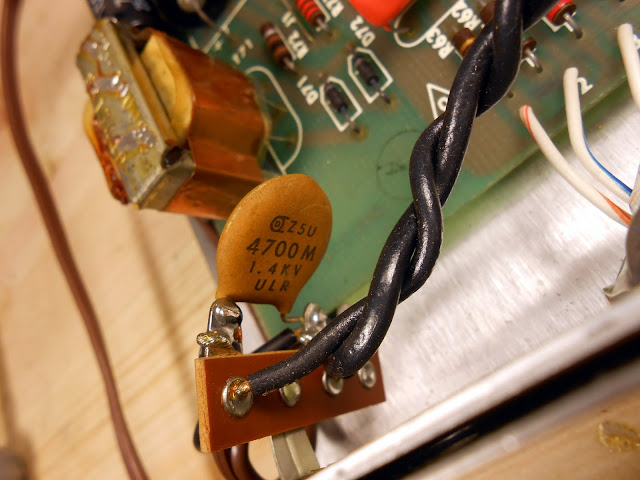 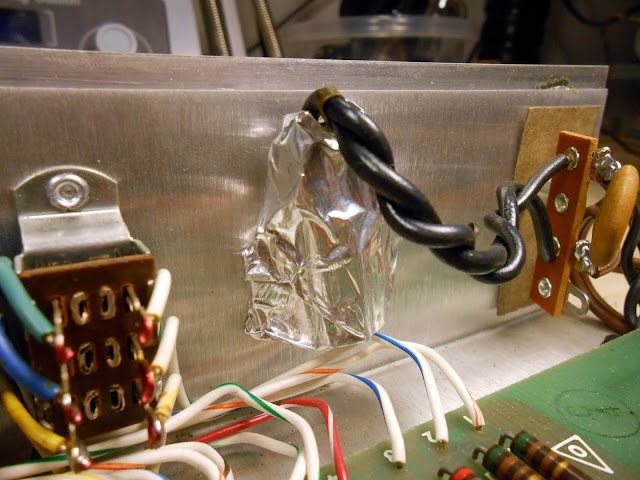 Replacement is quite straightforward. De-solder the old components to de-populate the board, replace the components, re-solder. In this case, I moved through the process in a couple of stages when I found time to work on the equalizer. There are around 80 parts to replace , it is fairly time-consuming. 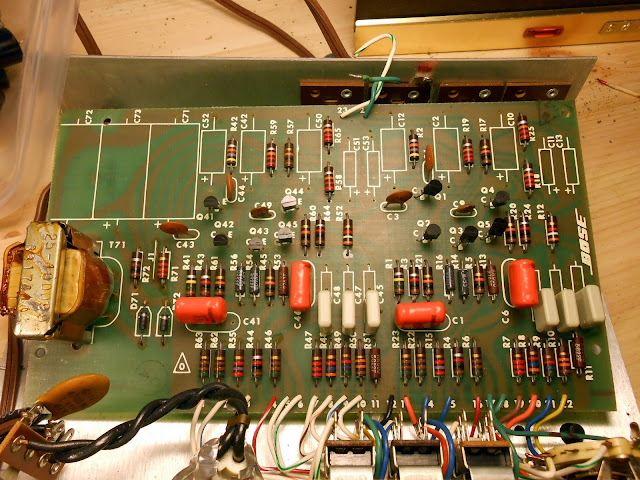 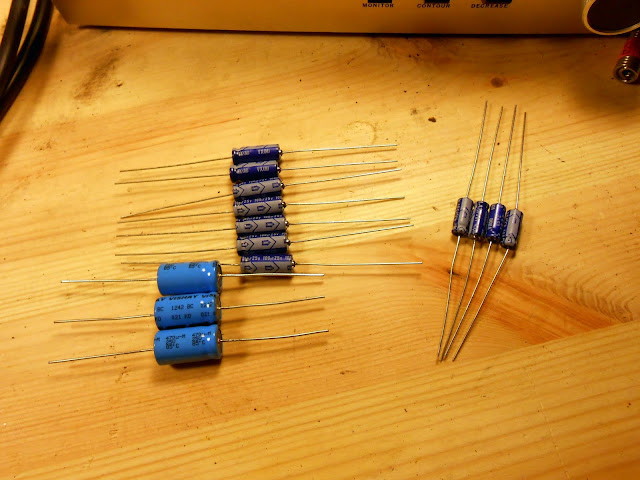 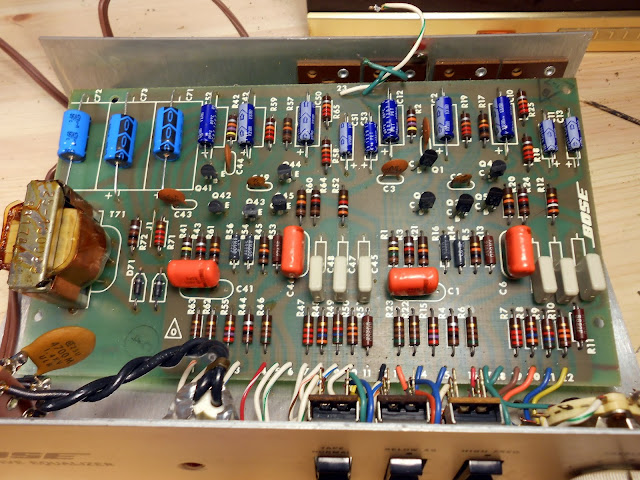 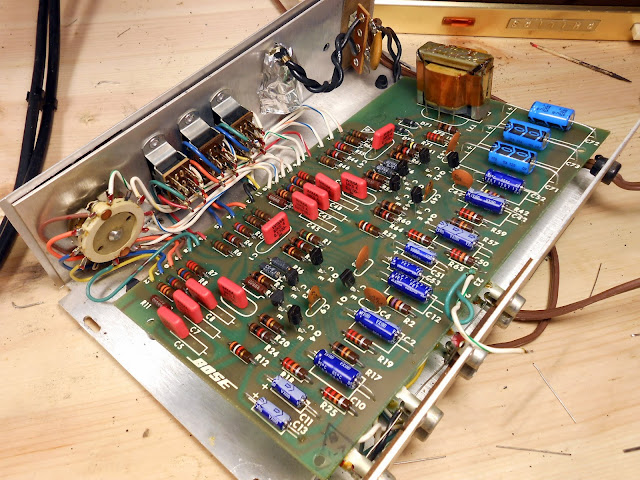 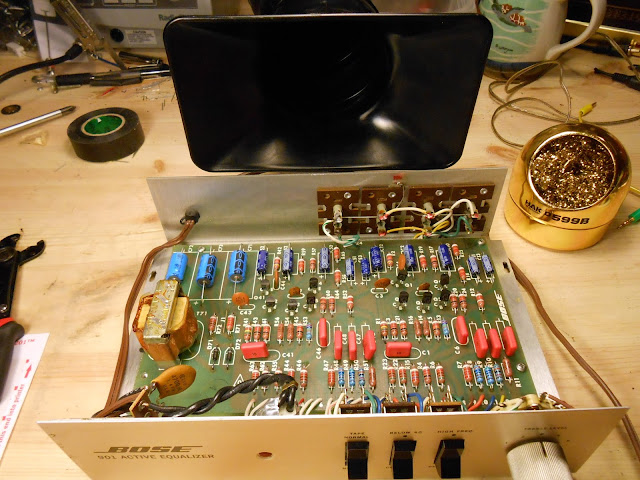 I have an inexpensive but accurate digital multi-testser which can evaluate and auto-detect diode, FET and transistor characteristics as well as measure capacitance, inductance, ESR, and loss of various components. I applied it to some of the removed capacitors, which were very clearly dead: 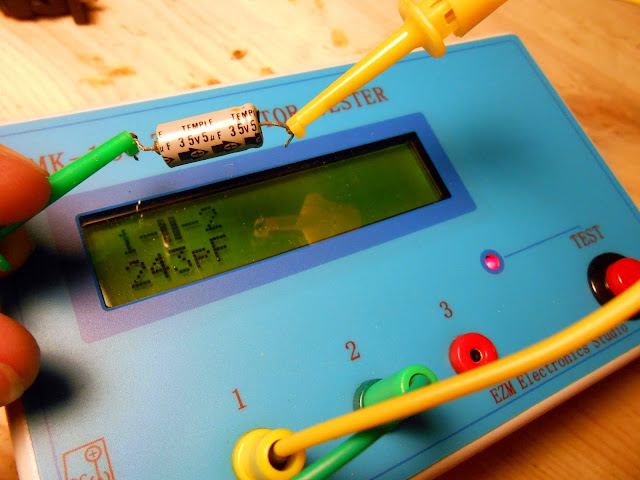 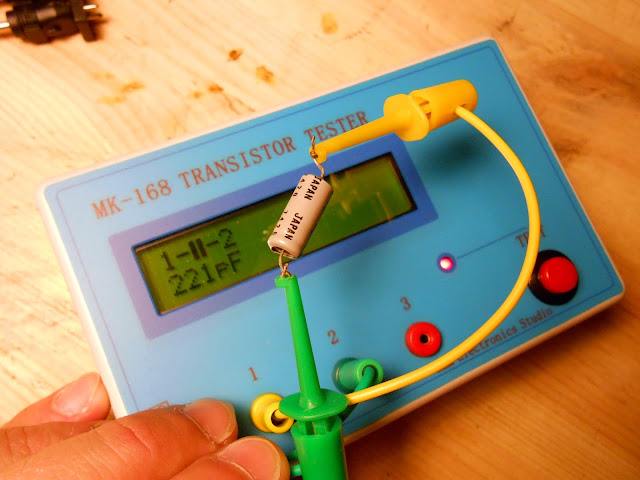 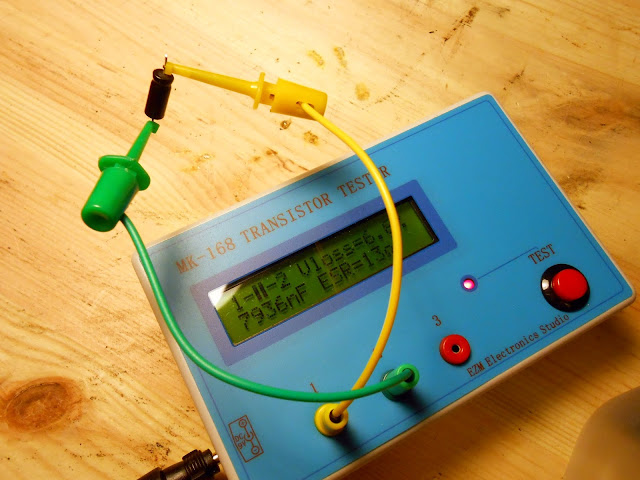 And same for a power supply capacitor, measuring lossy with high ESR and registering capacitance of only 7.9 uF when it should read 100 uF. Bad power filtering in a hi-fi system is a guarantee of bad sound! Fortunately, replacing the tired parts will fix everything. 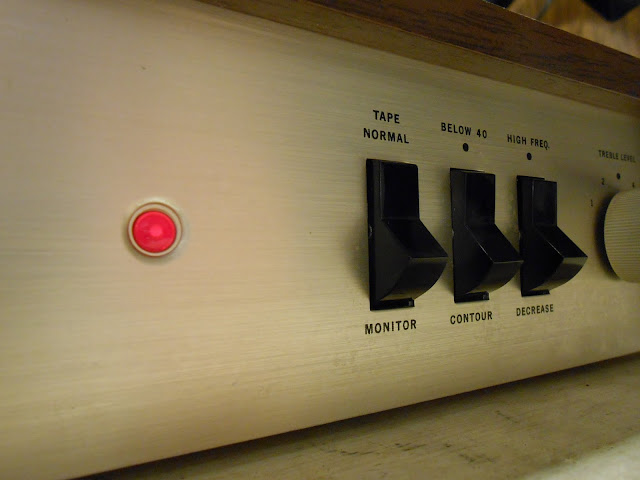 This Bose 901 Series II equalizer returned to its home and hi-fi, and after this complete overhaul, will continue to serve faithfully producing beautiful sound for many years to come.

If you need your Bose 901 Series I (or Series II, Series III, or Series IV) Active Equalizer repaired, please contact me.