A client recently engaged me to repair his Bose 901 Series 1 equalizer. This second one was in a bit worse shape electrically than the previous one I’ve written about, with one channel entirely dead and scratchy switches. I received the equalizer and got right to opening it up to check out the internal components. It shows evidence of having been serviced a couple of times in the past, with several of the electrolytic and output capacitors replaced as well as some of the .015uF signal capacitors (the white rectangles near the center and center-right of the image.) 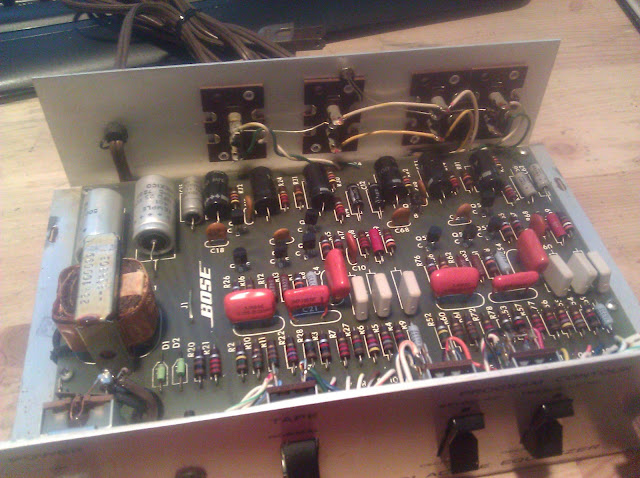 Right away, one problem is immediately visible – one of the output capacitors (C12, near the top right) has split down the side and shows visible leakage from the positive lead. The originally fitted capacitors are the silver cans; the black cans were fitted some time later. They must have been lower quality replacements, as it’s one of the previously replaced units that’s failed most obviously. 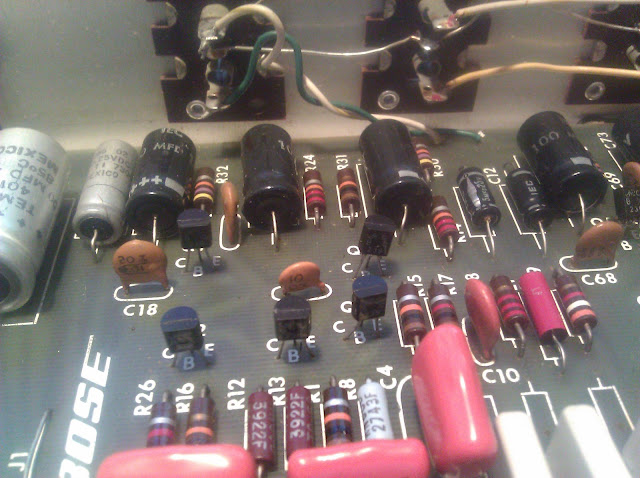 My client requested I replace all resistors outright, so I didn’t spend extra time testing the carbon composition resistors before getting straight down to replacement. In the past example I discussed, many of the resistors had drifted far beyond their printed tolerance markings, and as all carbon resistors are going to behave similarly, it would have been a purely academic exercise to see drift figures on these resistors which were going to be replaced anyway. 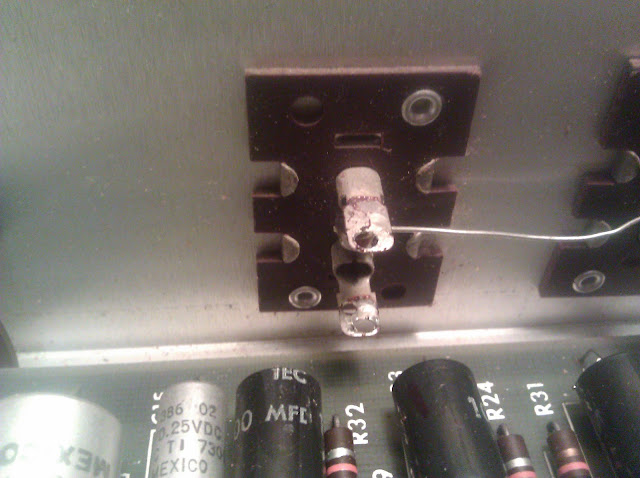 The underside of the board. Not visible in the photo, but visible when closely looking, I could see where flux had flowed on the board during previous rework. This is normal during rework, and if you know what you’re looking for it can give away previous service if you’re not sure if a board has been worked on before or not. 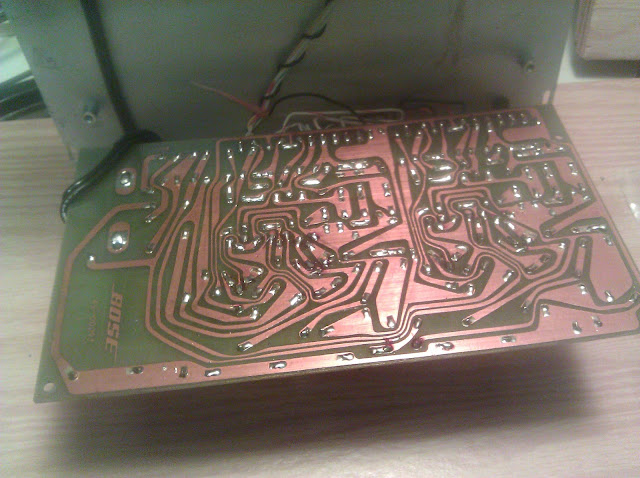 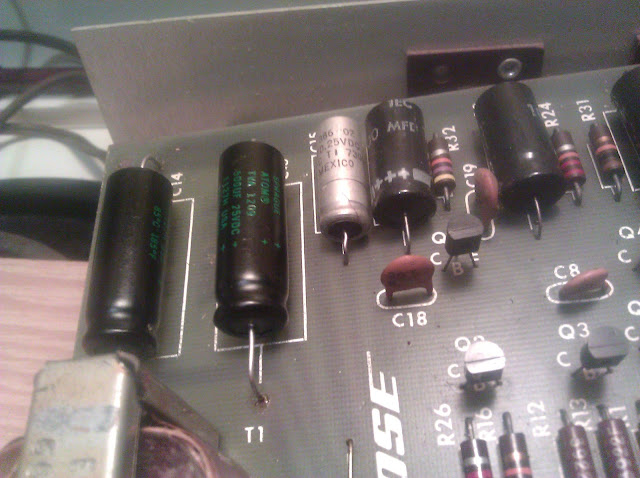 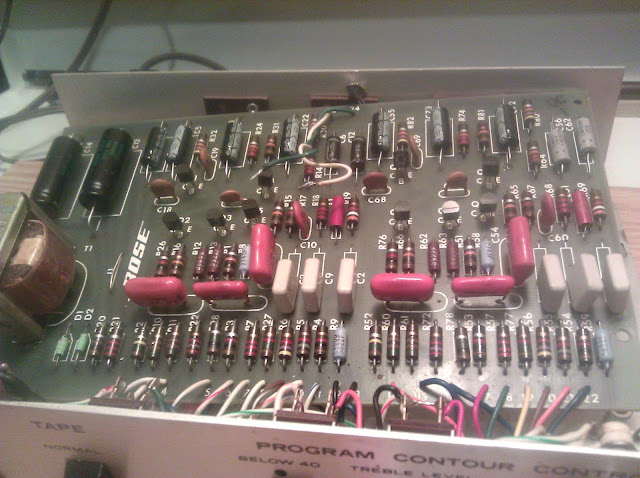 Then on to the resistors and signal capacitors. All resistors were switched with metal film replacements which are temperature and time-stable with precision tolerances of 2% or better, with the overwhelming majority being replaced with 1% or better. My supplier sent some with a different body style, so several are physically larger but specified identically. The signal capacitors were replaced with polymer film models at 400V or 630V tolerances, the up-rating ensuring they’re being run well below their tolerance and so should be stable for longer than the life of the speakers they’re attached to. Finally, the output capacitors were replaced with Japanese production Nichicon capacitors which are frequently found in high-end audio equipment. 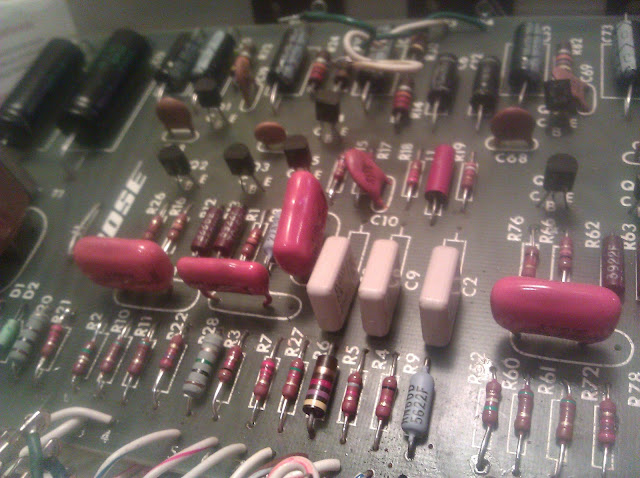 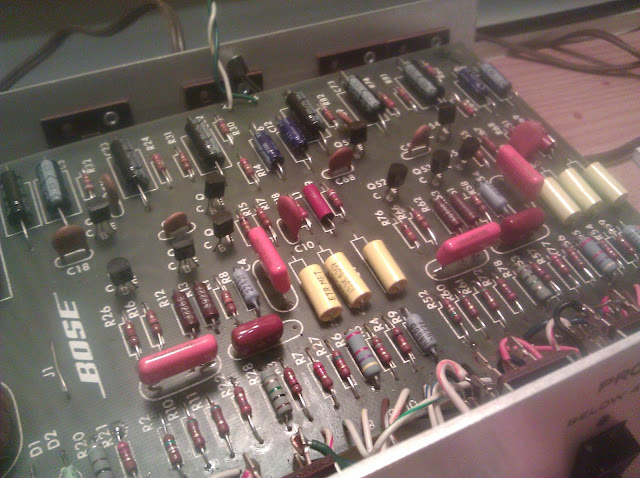 Fortunately, all 10 transistors (2N5088) were good and didn’t require replacement, but I do stock new replacements just in case. 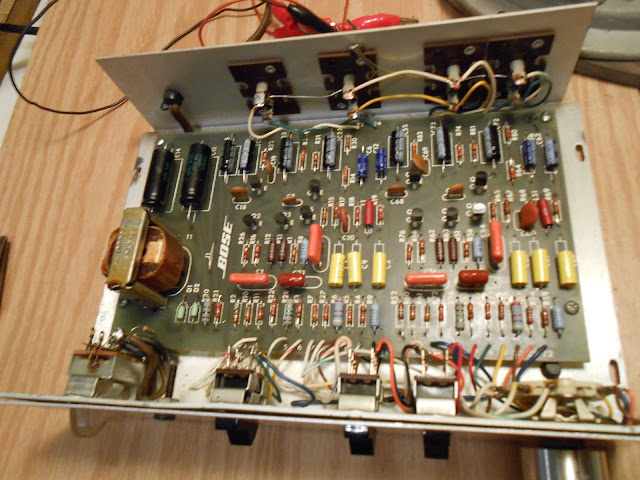 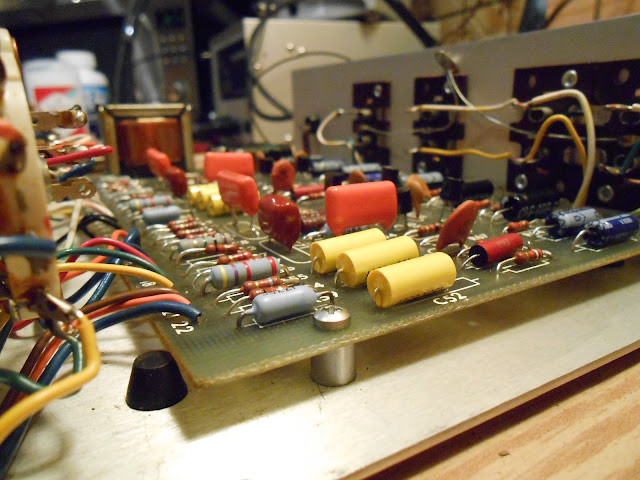 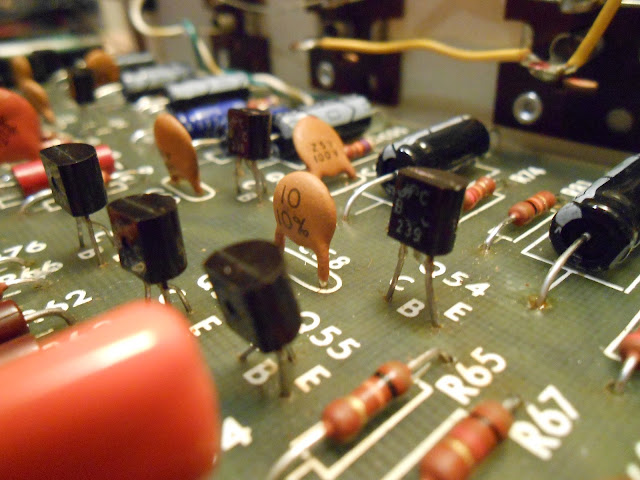 Ceramic disc capacitors such as the 10pF model in the center of this shot aren’t subject to failure the same way the other models were, and so the originals were retained. 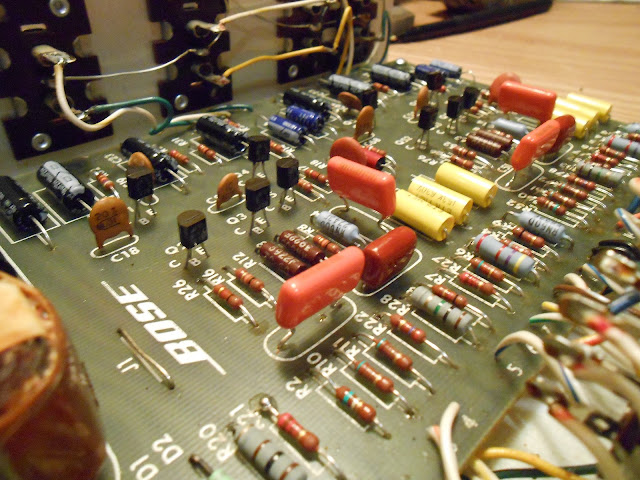 I used control cleaner followed by repeatedly cycling the switch positions to clean their contacts. The Tape Monitor switch remained a bit touchy, but the others cleaned up nicely. My client preferred to preserve the originality of the appearance, and the switch works fine with just a couple seconds of extra touching to make it connect, and so it was left original. 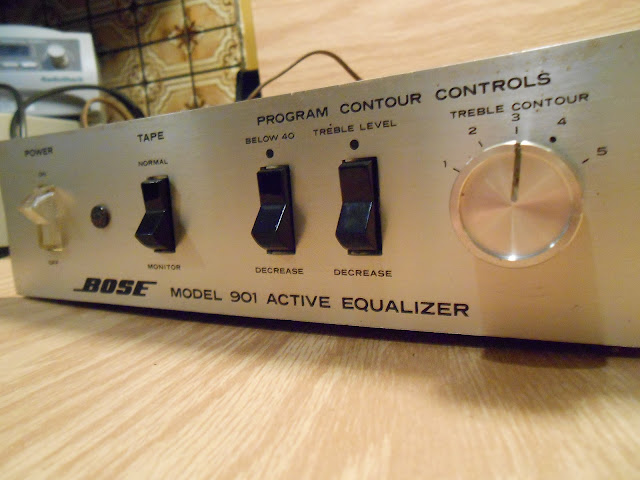 With these repairs, the equalizer should last nearly forever barring some unfortunate outside circumstances. Only the highest quality parts were used to ensure perfect sound reproduction and long life.

(If you need yours repaired, I can help. If you’re looking for a parts kit to fix your own, I can offer that too!)