Last week, SoundTransit started clearing the site of the upcoming Roosevelt Station for the Link Light Rail in Seattle. Rather than tearing down a set of four recent-construction townhomes, the owners of the development elected to purchase and bulldoze a dilapidated site a few blocks away and move the structures in an impressive feat of engineering.

I stopped by around midnight and took some photos. The moving process took a bit over a month, as a small building was demolished to make room for the trucks, the foundations had to be raised and blocked, the trailer assembled, and utilities had to be rerouted during the operation. 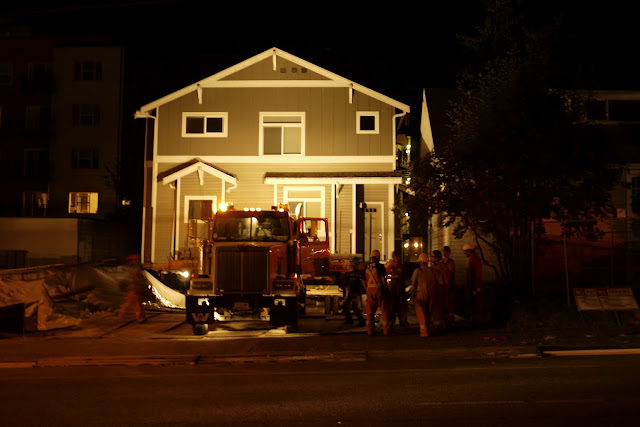 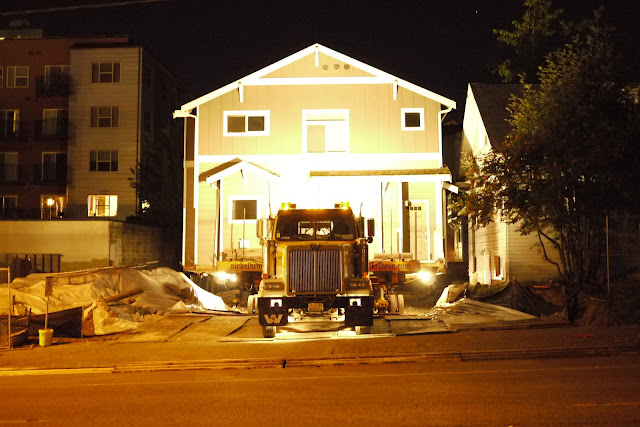 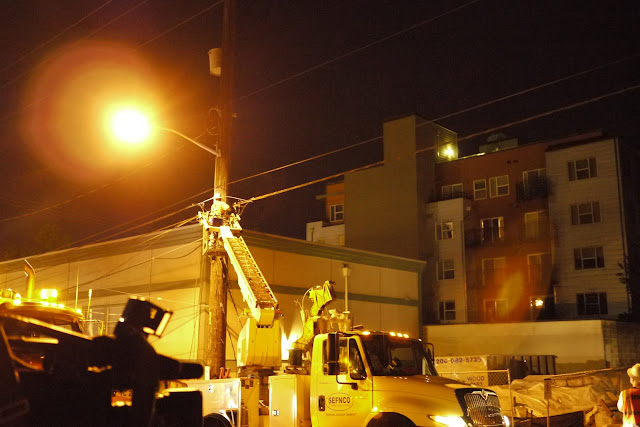 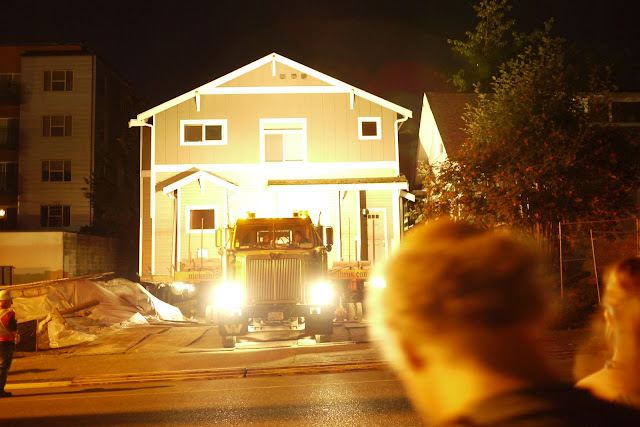 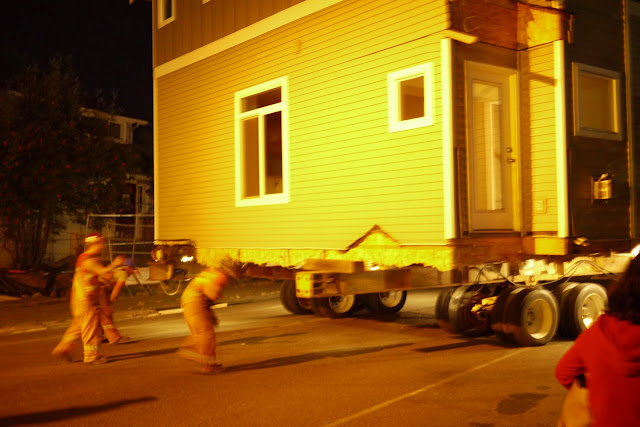 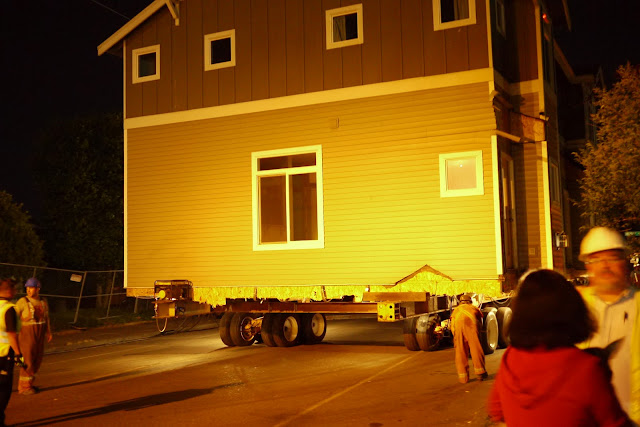 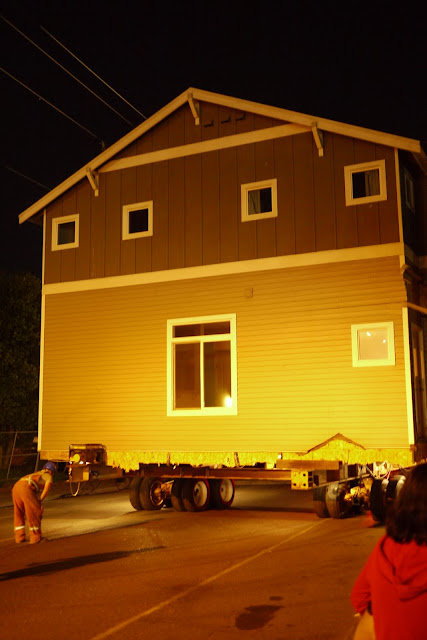