What’s been your most difficult challenge at work, and how did you overcome it? [Crazy Boat Connections]

I was swapping war stories with another technology professional the other day and we got to talking about our “best problem” scenarios. I happen to have an interesting story from my days as IT Manager of the Las Vegas Casino Lines, and how I solved a vexing issue with our shipboard Internet connection that had been around for a year and was costing the company money every time the ship sailed. 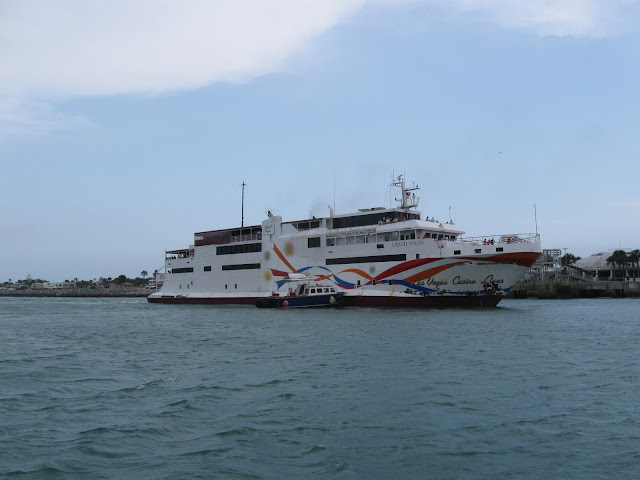 The Las Vegas Casino Lines were, as the name implies, a gaming establishment that operated out past the International Boundary out of Port Canaveral, FL. They went out of business a few years ago (spurring my move to Seattle), but while they were in business had a fairly sophisticated network on- and off-shore to allow tracking systems, cash- and game-management systems, security, navigation and communications to all continue without interruption even when the ship was out at sea.

This WWAN connection was provided by a Verizon Wireless air card and an external antenna. The only trouble was, every time the ship was out, it would randomly lose connection. Without a connection, patrons couldn’t withdraw cash from the onboard ATM, charge gaming credits to their credit cards, or do anything really. If you had money, you could keep playing, but if not you got to enjoy a 4-hour smoke-filled boat ride. 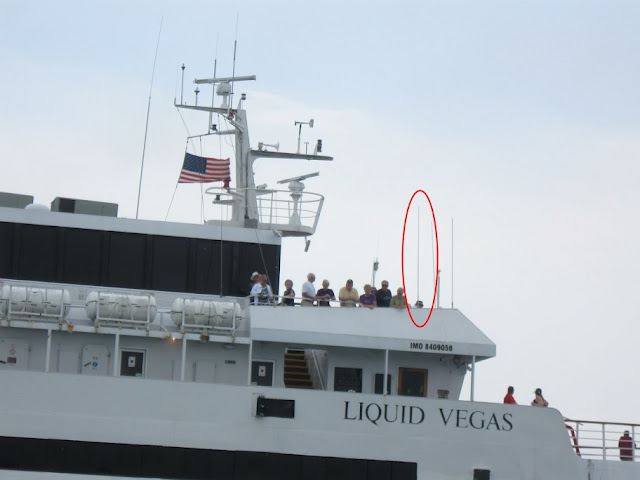 The ship’s antenna for the WWAN connection is circled in red above. The perspective makes the antenna appear a lot bigger, but it really was only a six-foot fiberglass antenna mounted on the railing. The antenna is on the right side of the ship (facing forward) near the bow on the middle deck. I rode along with the ship for a few days while monitoring the connection signal and started to work out a pattern of when the signal dropped off: only when the ship faced certain directions, and more on the return leg of the journey than on the outbound leg. 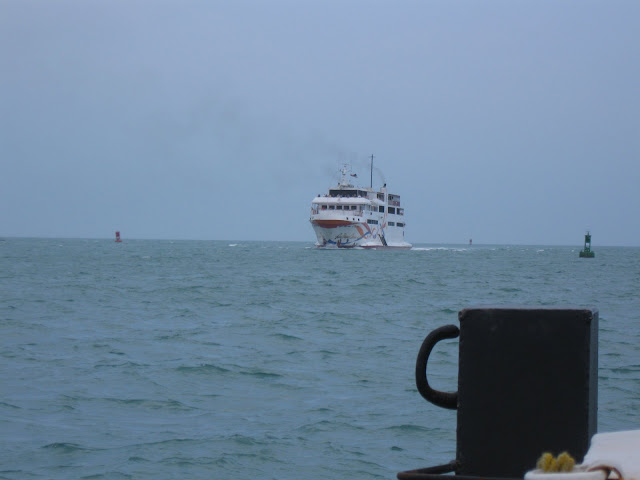 I had a hunch: the signal is clearly dropping when we face certain directions. What are we connecting to? I visited the FCC’s web site and pulled the listing of fixed cellular transmitters along the Space Coast from our route, and eliminated towers that didn’t belong to Verizon; then plotted the tower locations on the map along with our ship’s turn area and boundary markers. Then, I rode along again and took a GPS track of our ship’s position, which I annotated with comments about signal connectivity. 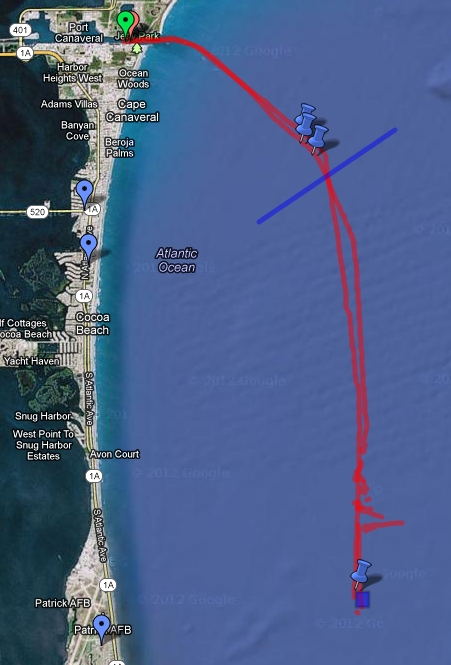 As it turns out, we lost connectivity when we were on the margins between cell towers, and when we were facing the wrong direction. With the ship traveling north, the antenna was attempting to transmit through the (grounded metal) superstructure of the ship itself to reach the tower. Combined with the fact that microwaves don’t travel as well through salty humid air over the ocean as on land, and it’s a perfect recipe for signal loss. The shipfitters had installed the antenna in a poor location for our application. It was an easy fix, after that: one of the crew helped me run new coax to relocate the antenna to the top of the ship’s tower.

The signal was completely lost at this point – I’d overlooked a small issue. Adding 250 feet of additional coax cabling had introduced a lot more cable loss into the system, so now we needed an amplifier to get the signal out of the ship. Finally, though, the amplifier was installed and the system worked perfectly. Patrons could now charge gambling expenses to their credit cards while out in the middle of the ocean, and everyone was happy.