I’m taking a short break from writing about technical projects to share some of the recent interesting weather we’ve had lately. It snows about once a year in Seattle, and every year we’re taken out of commission for a day or two or three in this case.  Most times it’s only an inch or less of snow but this time we ended up with closer to 6″ over the span of a couple days followed up by freezing rain and the accompanying downed trees, blocked roads and power loss.

Metro buses started running on chains on Monday in anticipation of a storm that didn’t really arrive until Wednesday, since we saw a tiny dusting over the weekend. This is always interesting and results in a lot of broken chains littering the roads after the snow melts. I’ve been on a bus while a chain came off and it sounds like the bus is about to rip in half, I’d hate to think of what would happen to the next car back’s bumper.

It’s always interesting when Seattle drivers try to get out in the snow. For the most part, nobody has any idea how to drive in it. People don’t use chains, or don’t know how to put chains on properly. Or just go too fast, too steep, and crash and slide into everything like this video taken from someone’s apartment on Capitol Hill. I prefer to stay inside or take the bus.

Some interesting things do happen, though. It’s always entertaining to watch buses be towed by an enormous tow truck like in this video from the Seattle Transit Blog (where they offer a convincing defense of the city’s sometimes confusing snow response) and this one is no exception with the flying electrical sparks.

I went out to investigate and took some low-quality photos of the block around my neighborhood. 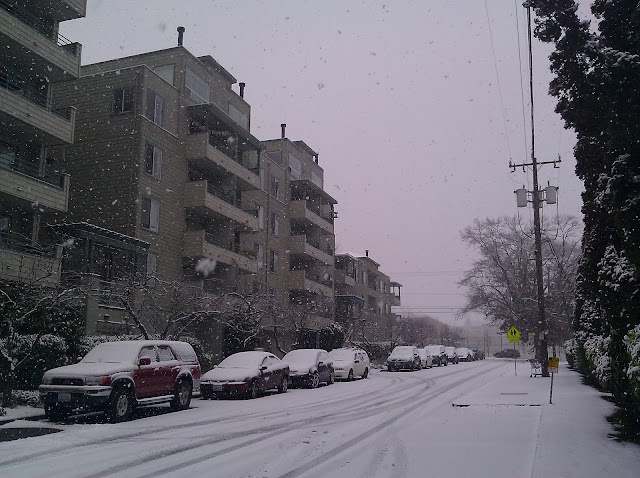 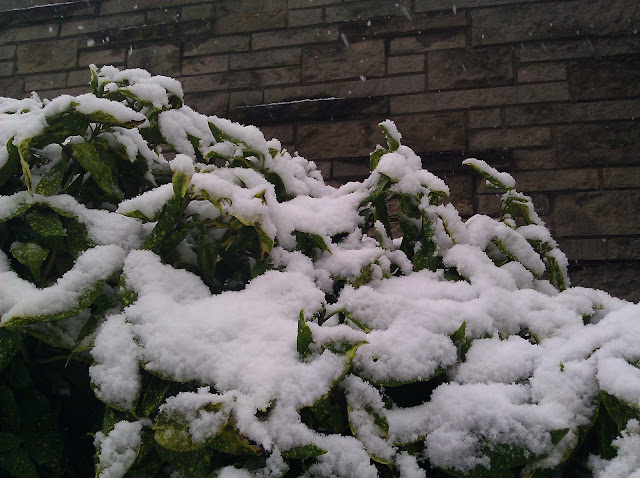 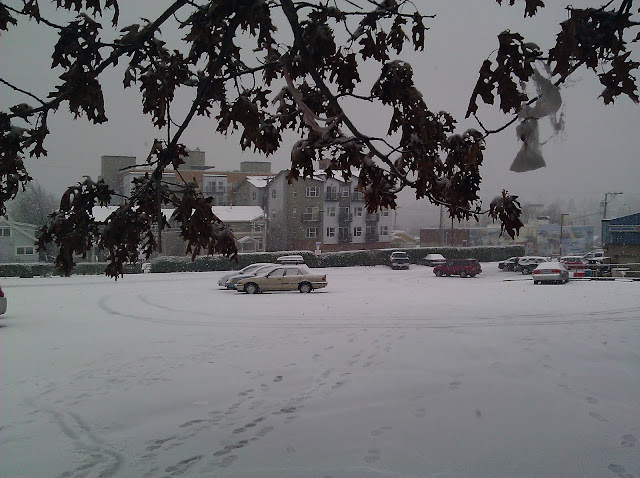 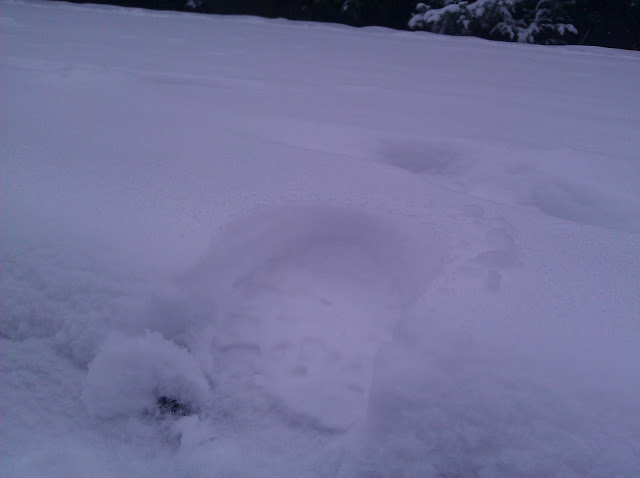 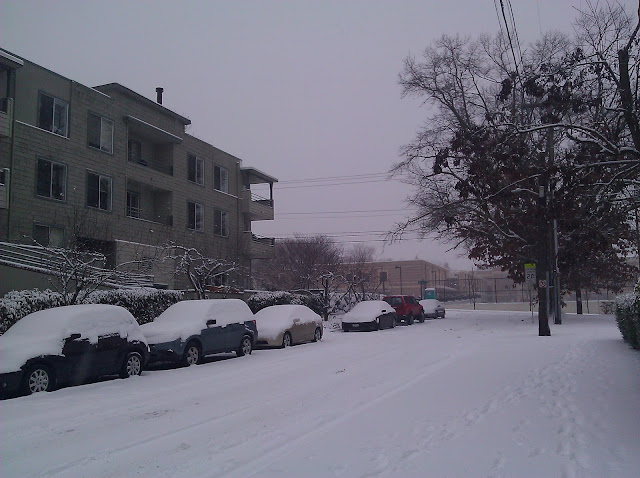 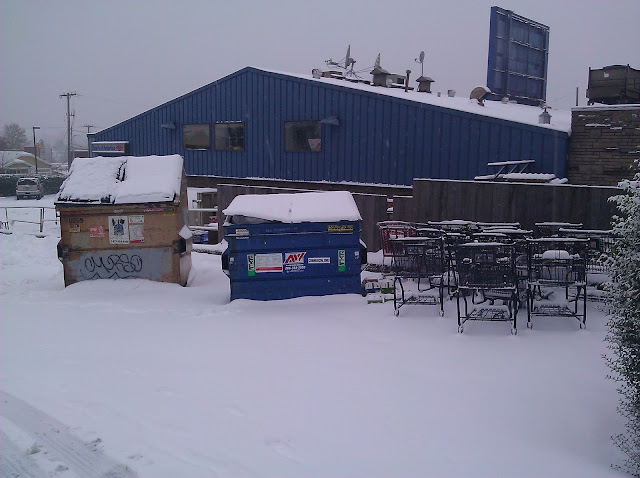 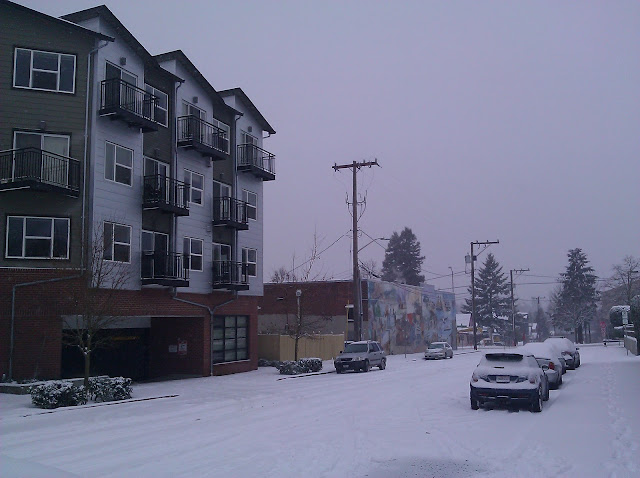 In the first set of photos there was about 1″ on the ground; it accumulated throughout the day and the next to be about 6″ total. And that’s probably the one snow storm we’ll have this year, if past are any indication.

All in all it wasn’t too bad, but we did have a bit of alarmist reporting on Tuesday. Pretty much every media outlet including the highway information signs warned of a winter storm on Tuesday, but it arrived a day late. Nearly 90% of my co-worker went home early; across the region that’s a lot of lost productivity and lost wages for people. On the other hand, being stuck out in treacherous conditions in an area chronically unprepared for snow has a definite cost in terms of accidents, delays, and travel disruptions. I wonder what the total economic impact of a bad forecast is, and whether a conservative forecast predicting snow when none arrives has a smaller or greater cost than an optimistic forecast that leaves people stranded.