I’ve had a bunch of CCFLs and inverters on hand for a while just screaming to be used. What else could I do but give my coffee table some lighting effects? 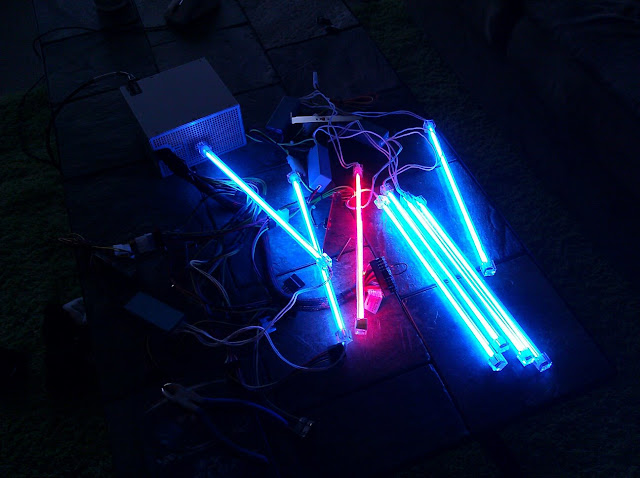 I’m going to leave out the red one since it’s the only one, and just use four of the blues. I’m using an ATX power supply I had lying around for this project with the sense pin shorted to “on” to force it to power up without a motherboard attached. (You can do this yourself, too, by shorting the green wire on the ATX power connector to one of the black wires.) 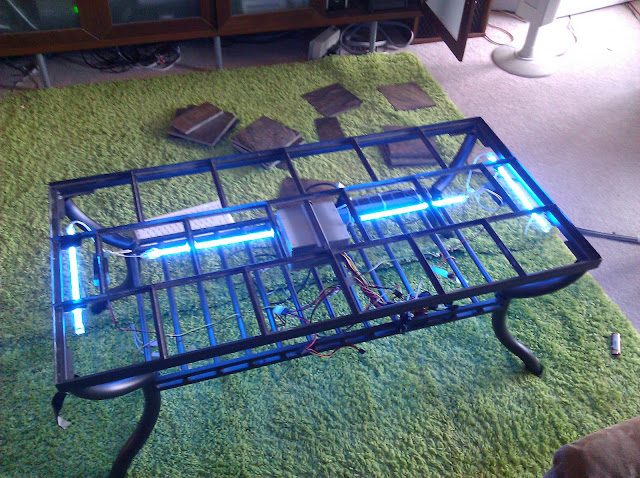 Installation is almost too easy on my table here. The surface are stone tiles which lift off to reveal the frame; I mounted the lights and power supply out of the way so they’re not very visible with the tiles on. 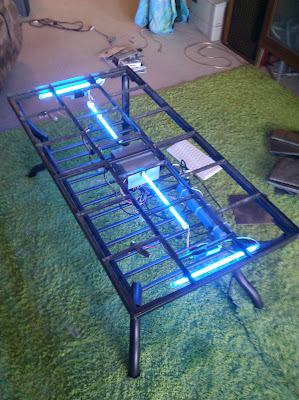 Looks pretty good when it’s dark! Fills the room with a soft blue glow, but not blindingly with most of the light directed at the floor. It makes my apartment look much more futuristic. 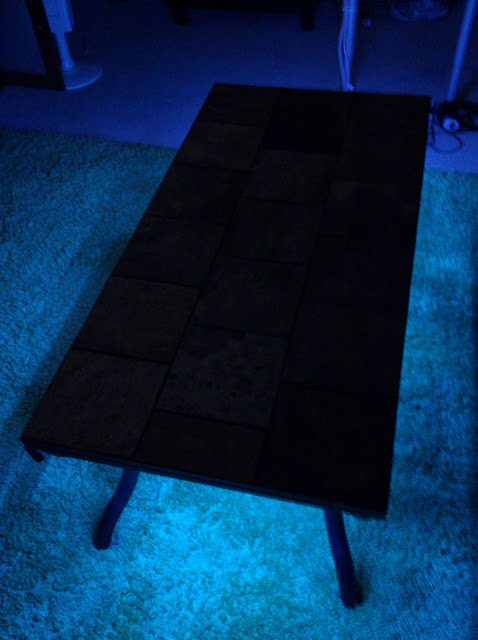